Recent recommendations from the acting director of U.S. Citizenship and Immigration Services to end TPS by January have shocked many who understand the instability that still affects tens of thousands in Haiti. Currently, +40,000 Haitians live in makeshift shelter or tents, the country is recovering from damage to much of its infrastructure, and the southern regions suffer from a severe food and housing shortage in the aftermath of Hurricane Matthew. After visiting Haiti and seeing the situation there, politicians have urged President Trump and DHS Secretary Kelly to renew TPS. However, many now fear that these warnings will go unheeded by the Trump administration as it approaches the July 22 deadline for extension. 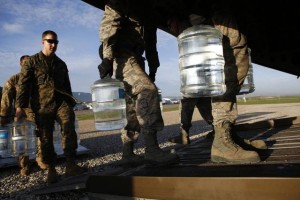 The Trump administration is recommending sending tens of thousands of Haitians back to their homeland because it believes conditions have significantly improved in the disaster-prone, poverty-stricken nation.

But the move comes as more than 40,000 Haitians continue to call makeshift shelters and tents homes — seven years after Haiti’s devastating Jan. 12, 2010, earthquake — and as severe hunger and housing crises plague the country’s southern region six months after a deadly Hurricane Matthew wiped out roads, home and farmland.

“If they send everyone back to Haiti, they might as well be sending us to die,” said Cadeus Chaleus, 70, who after 16 years of living as an undocumented immigrant in Miami has spent the past seven years living without fear of deportation. “Despite what they say, things have not improved at home.”