The UN Security Council is set to vote today on the future of the UN in Haiti and what, if anything, should replace the current peacekeeping mission. However, as the decision looms near, the UN continues its controversial legacy of injustice, exploitation and impunity in the struggling country. MINUSTAH has been heavily criticized for widespread sexual exploitation and abuse of vulnerable Haitians, which calls into question the UN’s immunity laws, its response to allegations and system for redress. Additionally, after 6 years of denying responsibility for the cholera outbreak that has killed over 10,000, the UN finally acknowledged its role in bringing the deadly disease to Haiti, but now struggles to fund its program to end cholera and compensate victims. Whatever the future might hold for the UN mission, though, one thing is certain; the UN must first right its wrongs in Haiti, or its lack of credibility and legitimacy will continue to thwart any intended progress now, and in the future. 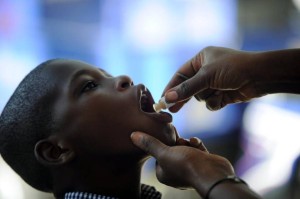 Nowhere is the United Nations’ lack of accountability more glaring than in Haiti. The U.N. Stabilization Mission in Haiti (MINUSTAH) is responsible for causing a cholera epidemic that has killed thousands and for crimes, including sexual exploitation and abuse (SEA), that have largely gone unpunished.

Thursday, as the Security Council votes on the future of MINUSTAH, it has a last chance to ensure that its mission’s legacy includes an accountable response for the harms it has caused. If the United Nations replaces MINUSTAH without doing right by Haiti, its successor mission, whose mandate will focus on promoting rule of law, will lack the credibility to succeed from its inception.

After six years of unconscionably denying its culpability in causing cholera, then-outgoing Secretary-General Ban Ki-moon finally accepted moral responsibility for the U.N.’s role and its “collective responsibility to deliver” relief. He announced the New Approach, a $400 million strategy comprising two tracks: the first focused on upgrading badly failing water, sanitation and health infrastructure systems; and the second entailing “a package of material assistance and support to those Haitians most directly affected by cholera, centered on the victims and their families and communities.”