What Does Immunity Really Mean for UN Perpetrators of Sexual Assault?

The United Nations has been heavily criticized for high incidences of rape perpetrated by peacekeepers and for its policies in response to such allegations. Despite a “zero tolerance” approach, the UN has shielded its perpetrators from consequences under immunity laws and, in a few instances, doled out punishments that are shockingly disproportionate to the crime. For example, impregnating a minor resulted in only a nine-day suspension. Many UN officials, including the Secretary-General and the the UN director of the Office of the Under-Secretary-General for Management, have committed the organization to end impunity, hold peacekeepers accountable and stop sexual exploitation and assault, but many are wary that the promises they have heard for decades will continue to disappoint without a critical look at the immunity laws and how far they can reach.

Liberia exclusive: “There is no longer going to be impunity” – Saunders on UN rape crisis 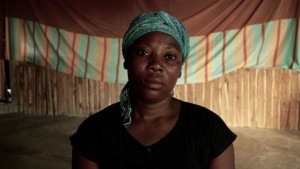 For decades, United Nations (UN) peacekeepers accused of sexual exploitation and abuse have operated under an umbrella of impunity.

Last week, Christian Saunders, the UN director of the Office of the Under-Secretary-General for Management, told Al Jazeera’s The Stream that this was about to change.

“There is no longer going to be impunity,” he said, adding that UN Secretary-General Antonio Gutteres is going to work with member states to ensure abusers are “held criminally responsible” for sexual abuse.

He highlighted that Gutteres had committed to “zero tolerance” and the creation of a “high-level task force.”

“This was almost the first thing he did taking office,” said Saunders.