First, Haiti is far from recovering from a series of natural disasters like the Jan. 2010 earthquake, Hurricane Matthew, as well as the preventable and curable cholera outbreak.  Hundreds of thousands were killed during the Jan. 2010 earthquake, thousands more wounded, and seven years after thousands of Haitians are still living in the Internally Displaced Persons (IDPS) camp and calling makeshift tents and shellers their home. Last Oct., Hurricane Matthew devastated the most southern part of the country killed several hundreds, destroyed houses and the peasants’ livelihoods. Finally, but not least, the cholera outbreak  introduced by the United Nations peacekeeping soldiers has already killed over 10,000 Haitians and sickened thousands  more, and it has  not been put under control. 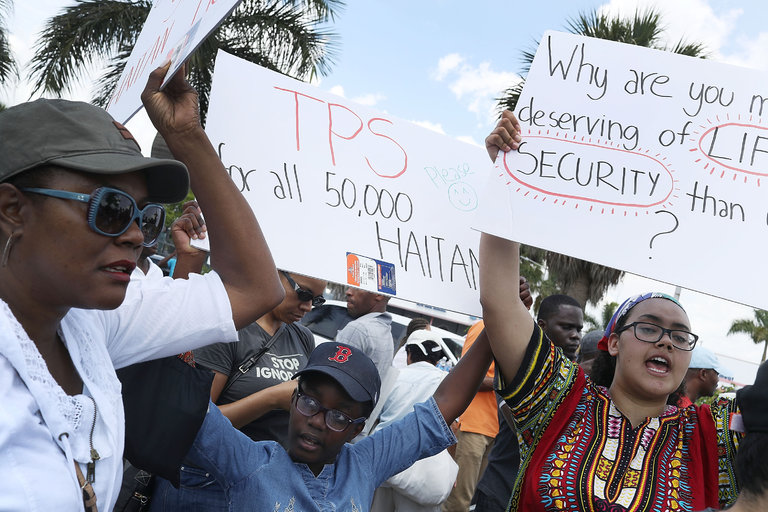 A campaign that included bipartisan support from the Republican governors of Florida and Massachusetts and 100 members of Congress avoided termination of temporary protected status altogether, but the announcement bodes ill for Honduran, Salvadoran and other holders of that status.

Campaigning last September in Miami, Donald Trump called Haitian-Americans hard-working, creative and industrious and promised to be their “greatest champion.” Preparing to separate parents from their American-born children makes a mockery of that promise.

The writer is immigration policy coordinator at the Institute for Justice & Democracy in Haiti.