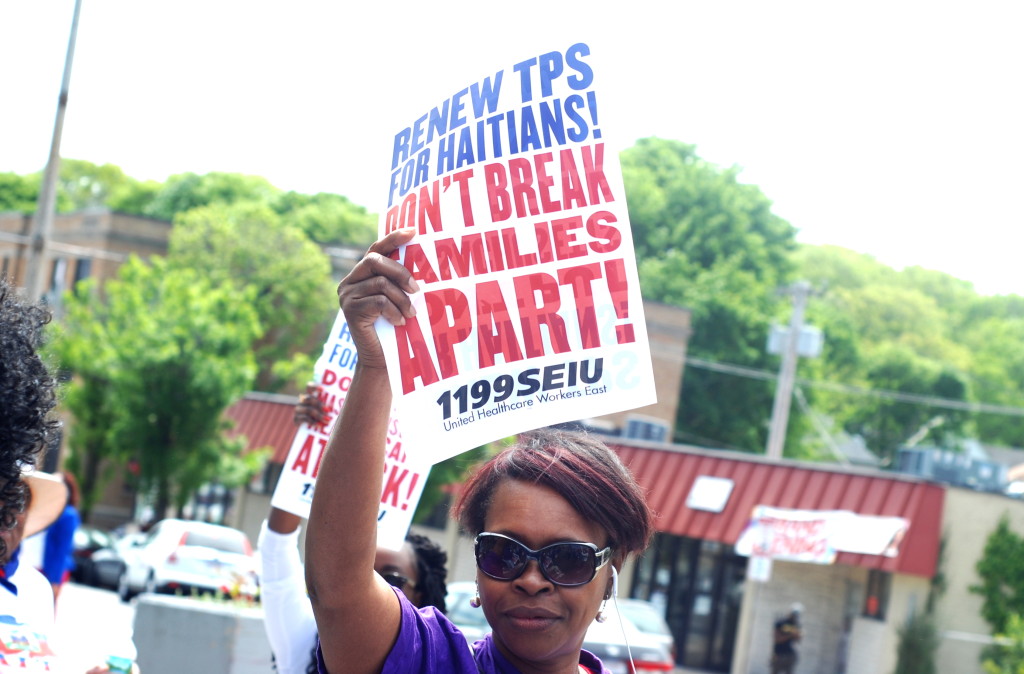 Haitian TPS-holders which amount to as many as 58,000 in the United States are overwhelmed with fear as they await Trump’s next move. Last week 26 U.S. senators wrote secretaries John Kelly and Rex Tillerson urging them to extend Temporary Protected Status  for ten countries, including Haiti. Haitian activists, U.S. lawmakers and immigration advocates continue to ask the Trump Administration to re-designate TPS for Haiti for least 18 months. Haiti has been rilled by a series of natural disasters in the past seven years. The country is still recovering from the 2010 earthquake that killed hundreds of thousands of people and from last year’s Hurricane Mathew that devastated its southern peninsula killing thousands of people and destroyed livelihoods of farmers.

Jean Jubens Jeanty, a Haitian Uber driver who lives in Brooklyn, has his future mapped out. After completing a high school diploma program at Brooklyn College next month, he plans to start college next year. He would then seek further schooling to become a nurse or pediatrician. But the clock is ticking on his plans.
Mr. Jeanty, 29, came to the United States from Port-au-Prince in September 2006 with his eldest brother and stayed after his tourist visa expired. He has what is known as temporary protected status, or T.P.S., which was granted to Haitians who were visiting the United States or living here illegally when a devastating earthquake struck their homeland in 2010. T.P.S. allows him and other Haitians to live and work legally in this country, until conditions in Haiti have improved enough to return home safely.
Now, the Trump administration is monitoring earthquake recovery efforts to determine whether temporary protected status for Haitians should be terminated in January when its recent six month extension ends.The Homeland Security secretary, John F. Kelly, said in a news release in May that Haiti has been making significant progress, advising T.P.S. holders to begin to “prepare for and arrange their departure” should the special designation end in January.