Peacekeeping Comes With a Price: The Legacy of U.N. Cholera on Haiti’s Public Health 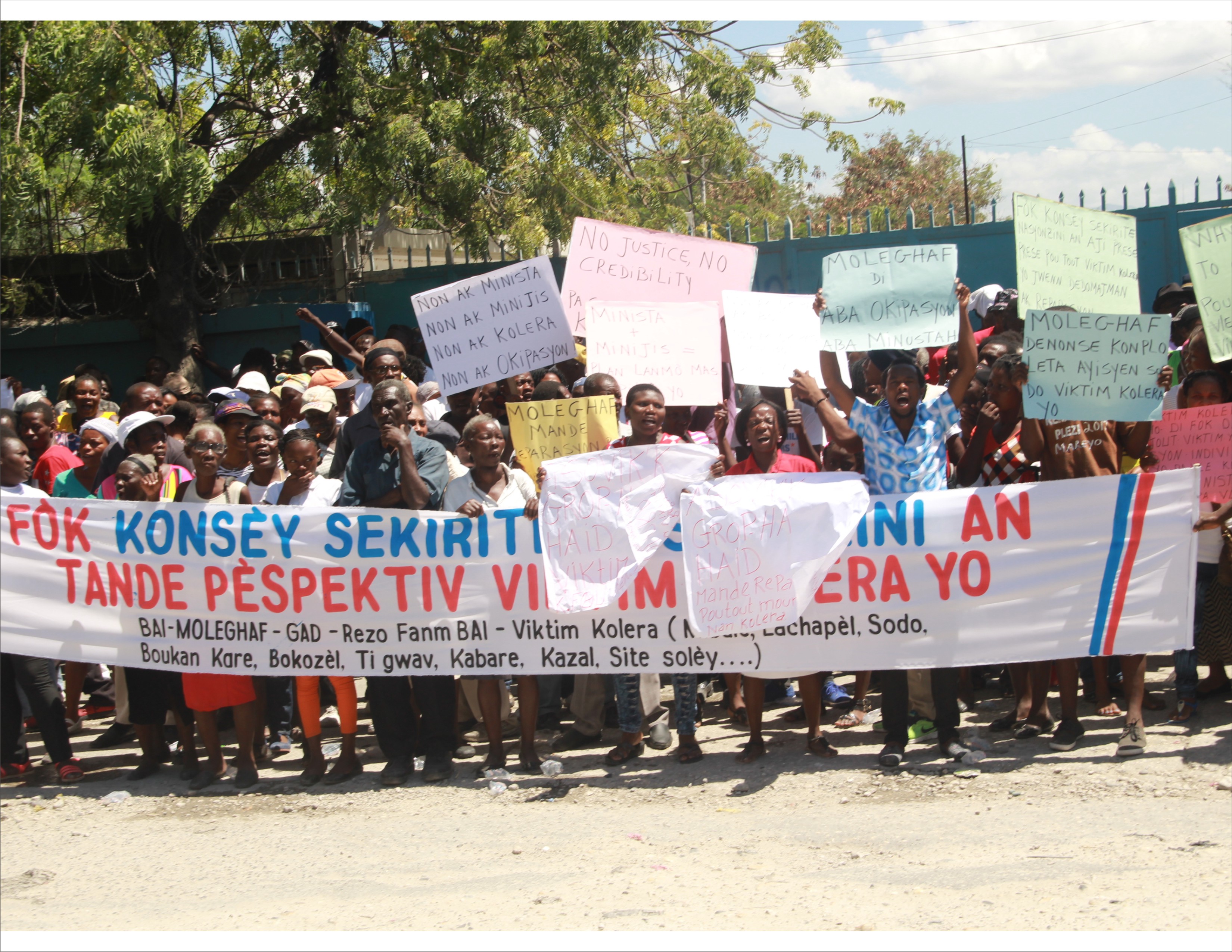 After 13 controversial years in Haiti, the United Nations  will withdraw its troops. However, the U.N. Peacekeepers (MINUSTAH) will leave a significant public health burden on the backs of Haitian people.

The UN plans to replace MINUSTAH with a smaller mission, “the Mission for Justice Support in Haiti” or “MINUJUSTH” mandating to strengthen the rule of law in the country.Given the current state of the MINUSTAH’s legacy, “MINUJUSTH”‘s legitimacy could be undermined and in question.

learn more about the U.N. ‘s promise to Haiti Here

The Price of Peace? Peacekeeping with Impunity Harms Public Health in Haiti

by Louise C. Ivers and Yodeline Guillaume, The American Society of Tropical Medicine and Hygiene, August, 2017

In April, 2017, the United Nations (UN) announced that it will withdraw peacekeeping soldiers from Haiti after 13 years there.1 Known by its French acronym MINUSTAH, the mission has been controversial in security terms, but in terms of public health, it is not controversial to state that peacekeepers will be leaving a heavy mark on the health of Haitians. The UN has acknowledged that peacekeeping soldiers were responsible for both the introduction of cholera (which sparked a nationwide epidemic) and the sexual abuse and exploitation of Haitians, including minors. Despite these acknowledgments, there has been insufficient action to result in justice for either the victims of cholera or the victims of sexual abuse. On July 13, 2017, the UN General Assembly passed a resolution asking the UN member states to consider contributing $40 million in leftover funds from MINUSTAH to the control of cholera in the country, and the member states have 60 days to act.

The UN plans to replace MINUSTAH with a smaller peacekeeping operation; the U.N. Mission for Justice Support in Haiti (MINUJUSTH) mandated to strengthen the rule of law and to engage in human rights monitoring, reporting, and analysis. This new justice mission can have little legitimacy in Haiti given the current legacy of the UN Department of Peacekeeping Operations there, but there is still time to act.