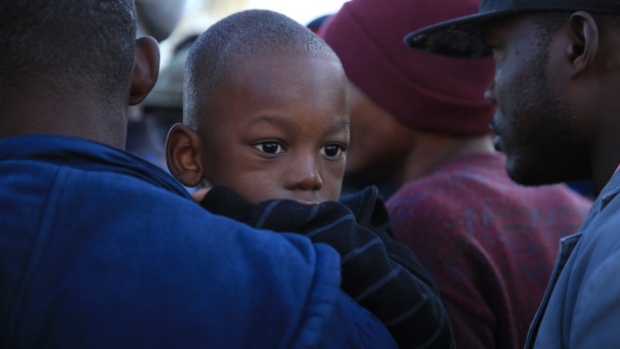 Worried about Trump’s next  move, hundreds of TPS recipients which have been predominately Haitian have fled from the United States to Canada. Some Haitians have been held at Quebec’s Olympic Stadium waiting for Canadian authorities to process their documents.

Meanwhile, pro-immigration activists demonstrated in front of the Stadium to show their support to the refugees. It is important to point out that Haiti is and won’t be ready to welcome thousands of its citizens who have been living in the U.S. for the past seven years and more.

Hundreds gather outside Olympic Stadium in support of refugees

Just outside where approximately 500 asylum seekers are being housed in a temporary shelter inside Montreal’s Olympic Stadium, hundreds gathered for a demonstration to show their support for refugees.

“Human beings cannot be alien on planet earth,” Jean Saint-Vil, a participant in the demonstration, said.

“Who tells us that the next Canadian astronaut has not just crossed the border today?”