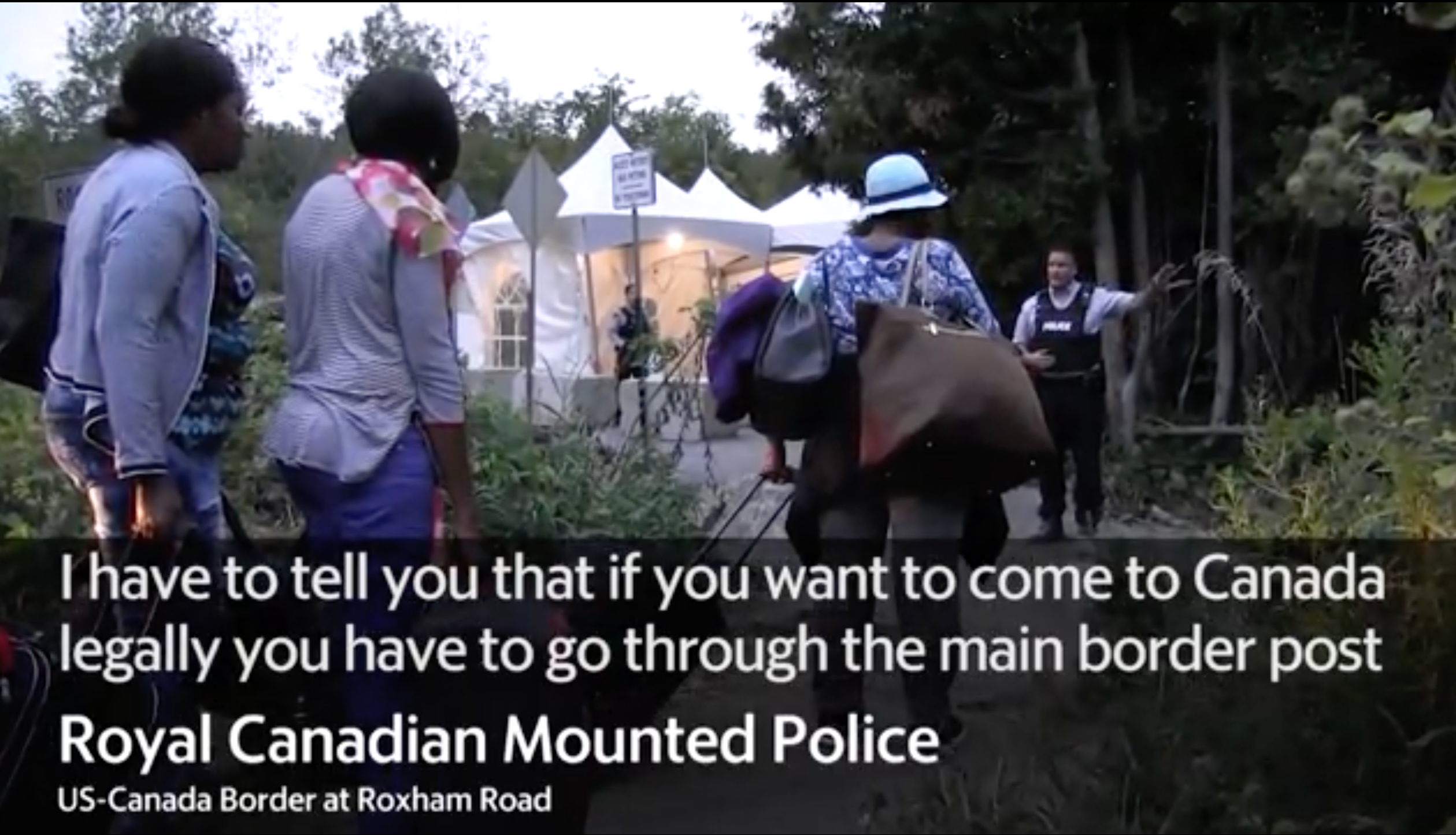 For Haitians fleeing the United States, Canada offers a pseudo sense of security as Lacolle, Quebec becomes an attraction not only for the tourists but for immigrants seeking a new life. Canada however is not the safe haven that it’s perceived to be. Upon crossing the border, migrants are arrested and detained. Although Canadian refugee camps offer basic amenities, migrants continuously face uncertainty. In the past,  only 50% of Haitians seeking asylum in Canada have had their requests granted and there is no guarantee it will be the same this time.

For Haitians in U.S., the road to refuge runs straight to Canada — and arrest

The Canadian police officer at the border was adamant: If you cross here, you will immediately be arrested. The Haitian woman dragged her bulging suitcase across the dirt-covered mound to the Canadian side anyway.

She was determined. And so were the mother and her four teenage children who came after, and the Latino family of three after them, and the 39-year-old Haitian father of four who soon followed, his friends keeping a watchful eye in a waiting car as he jumped out of a taxi cab.

While U.S. President Donald Trump is clamping down on illegal immigration, thousands of migrants from Haiti, Central America and Africa are rushing to this border crossing in upstate New York, willing to face arrest in their pursuit of a better life. The popular stop near the border station at Lacolle, Quebec, is quickly becoming a path to a new life for immigrants — and something of a tourist attraction.