Senator Patrick Leahy: ‘The cholera outbreak was caused by an act of extreme negligence’ 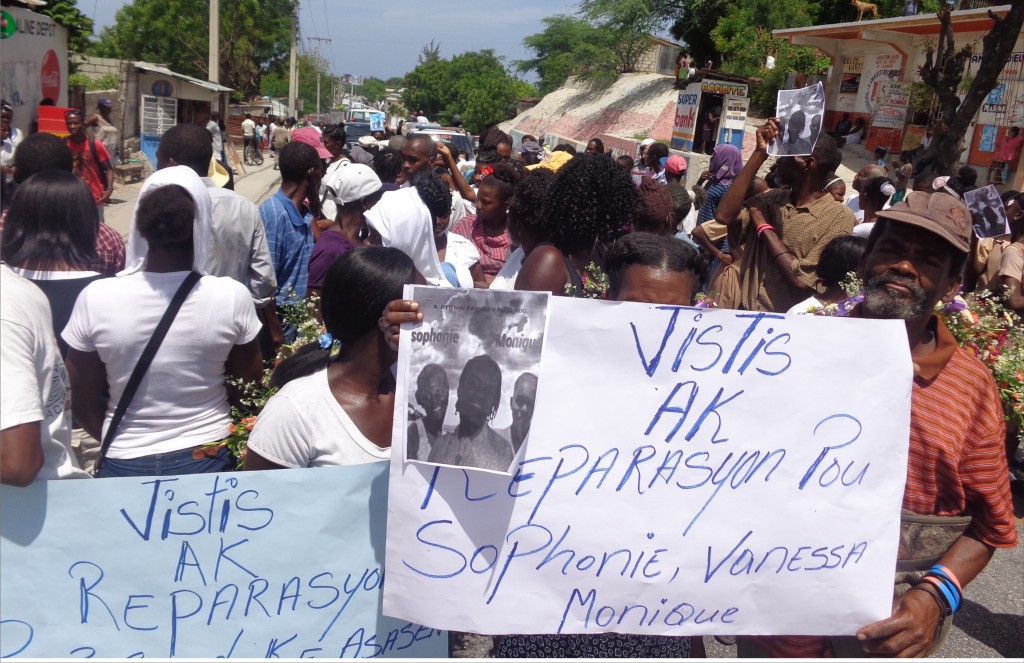 Mr. President, in 2004 the United States voted to establish the United Nations Stabilization Mission in Haiti (MINUSTAH) to police the country following years of political turmoil.

While MINUSTAH was successful in bringing a semblance of order to the country, its mission was severely impacted by the 2010 earthquake which resulted in the deaths of tens of thousands of people and left hundreds of thousands more in need of assistance.  Haiti has not fully recovered since then.

Unfortunately, that was not the only tragedy that befell Haiti in 2010.  In October of that year a cholera outbreak spread throughout the country, sickening hundreds of thousands and claiming the lives of more than 9,000.  Even more tragically, and unlike the earthquake, the outbreak could have been prevented, and the UN peacekeeping mission – tasked with protecting the people – was at fault.

The cholera outbreak was caused by an act of extreme negligence, when some UN peacekeepers disposed of human waste in a manner that contaminated the local water system.  Before it happened cholera was not a problem in Haiti.  Today it is.  In 2016, after years of refusing to accept responsibility, the UN acknowledged its role in the cholera outbreak and established a trust fund to address the problem.  But so far, very little has been contributed.

A provision I authored, which was adopted unanimously by the Senate Appropriations Committee and included in the fiscal year 2018 Department of State and Foreign Operations appropriations bill, would provide the Trump Administration with the authority to enable the United States to do its part to help.

With MINUSTAH winding down in Haiti, $40 million in unused contributions are available to donor countries, and the UN has agreed that those credits may be used to help address the cholera problem caused by its own peacekeepers.

The U.S. share of those credits is $11.7 million, and the provision I mentioned makes clear that the Committee believes contributing to the trust fund would be an appropriate use of those funds.  While this amount still falls far short of what is needed, if we believe in accountability for the UN we should join other nations in providing our share of these funds to address this tragedy.

This is not a tragedy that only harmed a few families.  Nearly 10,000 innocent people lost their lives through no fault of their own.  They need help and this is a small way for us to contribute.

When the United States responds to natural or man-made disasters, whether the tsunami in Indonesia, earthquakes in Nepal, drought in Africa, or war in Syria, we don’t debate whose responsibility it should be to care for the victims.  We respond because we are able to and that is what global leaders do when tragedy strikes.  We did not cause the cholera outbreak in Haiti any more than we have caused countless other calamities around the world, but we can help.  Even $11.7 million will make a difference in Haiti, including by leveraging contributions from other governments.

I hope other Senators will follow the lead of the Appropriations Committee and lend their voices in support of this effort.