After Infecting Haiti with Cholera, UN Is Struggling to Keep the Promise Made to Haitian People 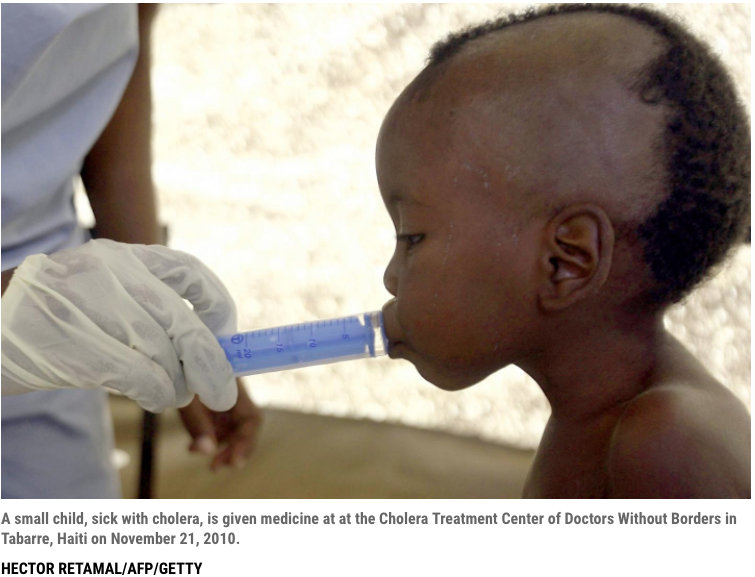 Seven years since the United Nations Soldiers introduced the cholera epidemic into Haiti that has killed 10,000 deaths and sickened nearly one million Haitians, the UN is struggling to raise money to fully fund its New Approach to cholera. Last year the UN admitted its role in introducing cholera in the country and promised to raise $400 million to eliminate cholera in Haiti and “to provide material assistance to those who have been most affected by the disease.” Nearly a year since UN launched the fundraising, the fund has only garnered about 3%.  The UN closed its 13-year-old peacekeeping mission in Haiti known by its French acronym MINUSTAH. The legacy of MINUSTAH is plagued by a series of controversies, including the cholera outbreak, sexual abuse and unfathered children.

THE UNITED NATIONS INFECTED HAITIANS WITH CHOLERA. NOW THEY ARE ABANDONING THE ISLANDERS TO THEIR FATE

Last week, the UN peacekeeping force that triggered Haiti’s devastating cholera epidemic has pulled out of the country after thirteen years.

It leaves a tarnished legacy, with the families of the 10,000 people who died and 800,000 sickened by cholera still awaiting remedies from the UN.

Despite clear evidence that the epidemic originated with its troops and was spread through its reckless sewage disposal practices, the UN spent six long years on denials and cover-ups before Secretary-General Ban Ki-moon admitted moral responsibility for the epidemic.