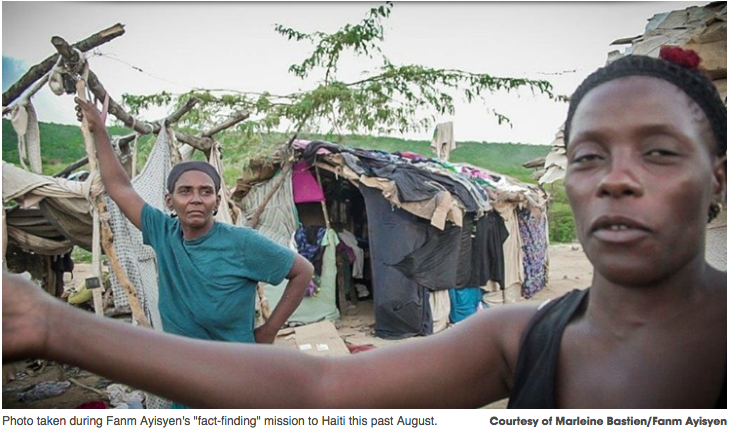 As November approaches, 24,000 Haitians recipients of Temporary Protected Status (TPS) living in Miami, FL are worried about the Department of Homeland Security’s next TPS decision. Their native country, Haiti, has reeled by a series of natural disasters, including an uncontrolled cholera epidemic that was introduced into the country by the United Nations soldiers right after the 2010 earthquake. These unfortunate events have made it difficult for them to return to Haiti.  The Miami-Dade Commissioners are strongly supporting 18-month  TPS extension and urging Mayor Carlos Gimenez, Senators Marco Rubio and Senator Bill Nelson to appeal to President Donald Trump to extend TPS for   58,000 in the United States.

For seven years, thousands of Haitians in Miami have dodged deportation under federal temporary protected status, which offers humanitarian refuge for people whose homelands are wracked by disaster, but many in the Haitian community worry their luck will soon run out. In May, the feds announced that temporary protected status (TPS) for up to 24,000 local Haitians would end in early 2018.

Now Miami-Dade commissioners are asking the Department of Homeland Security to reconsider. With DHS set to decide whether to extend or terminate Haiti’s TPS by November 23, commissioners adopted a resolution last week formally asking President Donald Trump and the DHS to extend Haiti’s TPS for another 18 months.