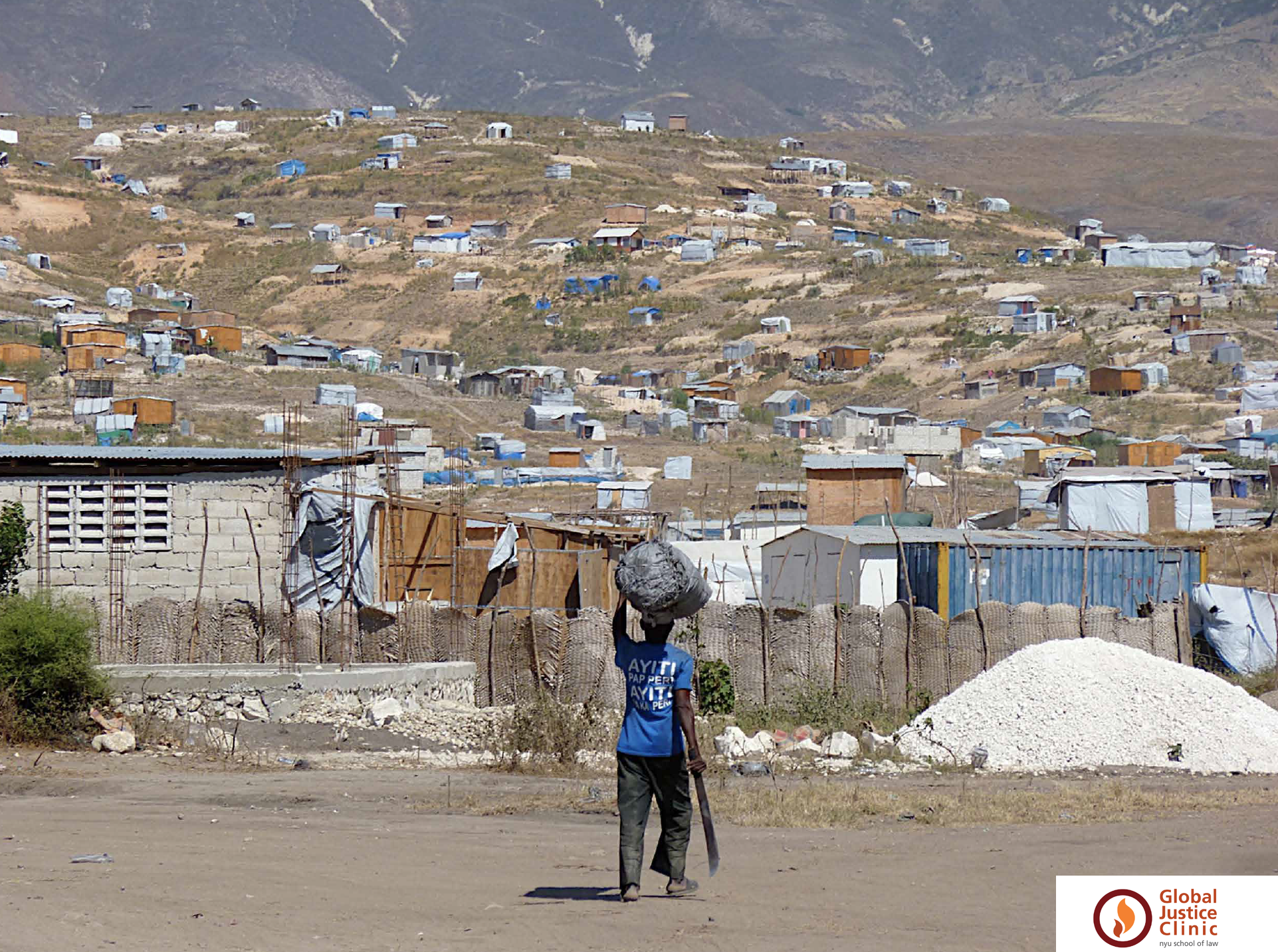 Extraordinary Conditions: A Statutory Analysis of Haiti’s Qualifications for TPS, a report released today by the Global Justice Clinic at New York University (NYU) School of Law. The report describes extraordinary conditions that persist in Haiti—including the impact of cholera, which continues to sicken and kill Haitian people, homelessness caused by natural disasters, and a spike in extreme hunger—that prevent the country from safely welcoming the 50,000 TPS holders and their families currently living in the United States.

The report comes at a critical time. The Department of Homeland Security (DHS) must decide by November 23, 2017 whether to extend Haiti’s TPS designation. If DHS terminates it, 50,000 Haitian TPS holders will be at risk of deportation in early 2018. Such removals would also imperil thousands of spouses and 27,000 US-citizen children to be repatriated into conditions of crisis and instability.

The report’s statutory analysis reveals that extraordinary conditions for which Haiti was originally designated for TPS continue. Since the devastating earthquake in 2010, the tiny nation has suffered two catastrophes: Hurricane Matthew—the strongest hurricane to hit Haiti in fifty years—and the cholera epidemic, which has killed 10,000 people and sickened more than 800,000 people since its introduction to Haiti in 2010. Hurricane Matthew devastated southern Haiti in 2016 and directly disrupted the national food supply, leaving 2.3 million people at risk of hunger.

Drawing on field research and quantitative evidence, the report demonstrates that while Haiti had made some progress in recovering from the earthquake, hundreds of thousands of its victims remain displaced, and Hurricane Matthew and the cholera epidemic were significant setbacks to recovery. The Haitian government is currently overwhelmed by the fight to control cholera, alleviate hunger, and find housing for the displaced. It cannot now additionally safely assimilate tens of thousands of additional returnees, much less replace their remittances to an estimated 250,000 relatives. The report concludes that DHS should therefore extend Haiti’s TPS designation for the maximum 18 month period and that the forced return of TPS holders to Haiti would expose them and their families to extreme and destabilizing conditions—exactly what TPS was designed to prevent.

“I lived in Haiti from 2011 until the summer of 2017 and have observed the nation struggle to address the conditions that make Haiti unsafe for return,” says Ellie Happel, Director of the Haiti Program at NYUSchool of Law’s Global Justice Clinic. “Haiti is in a better place now than six years ago, and yet recovering from consecutive disasters of historic magnitude takes time. It is in the best interest of Haiti and of regional stability to extend TPS for 18 months.”

About the Global Justice Clinic

The Global Justice Clinic at NYU School of Law provides high quality, professional human rights lawyering services to individual clients and nongovernmental and intergovernmental human rights organizations, partnering with groups based in the United States and abroad. Working as legal advisers, counsel, co-counsel, or advocacy partners, Clinic students work side-by-side with human rights activists from around the world. The Clinic has worked on human rights issues in Haiti since its founding.