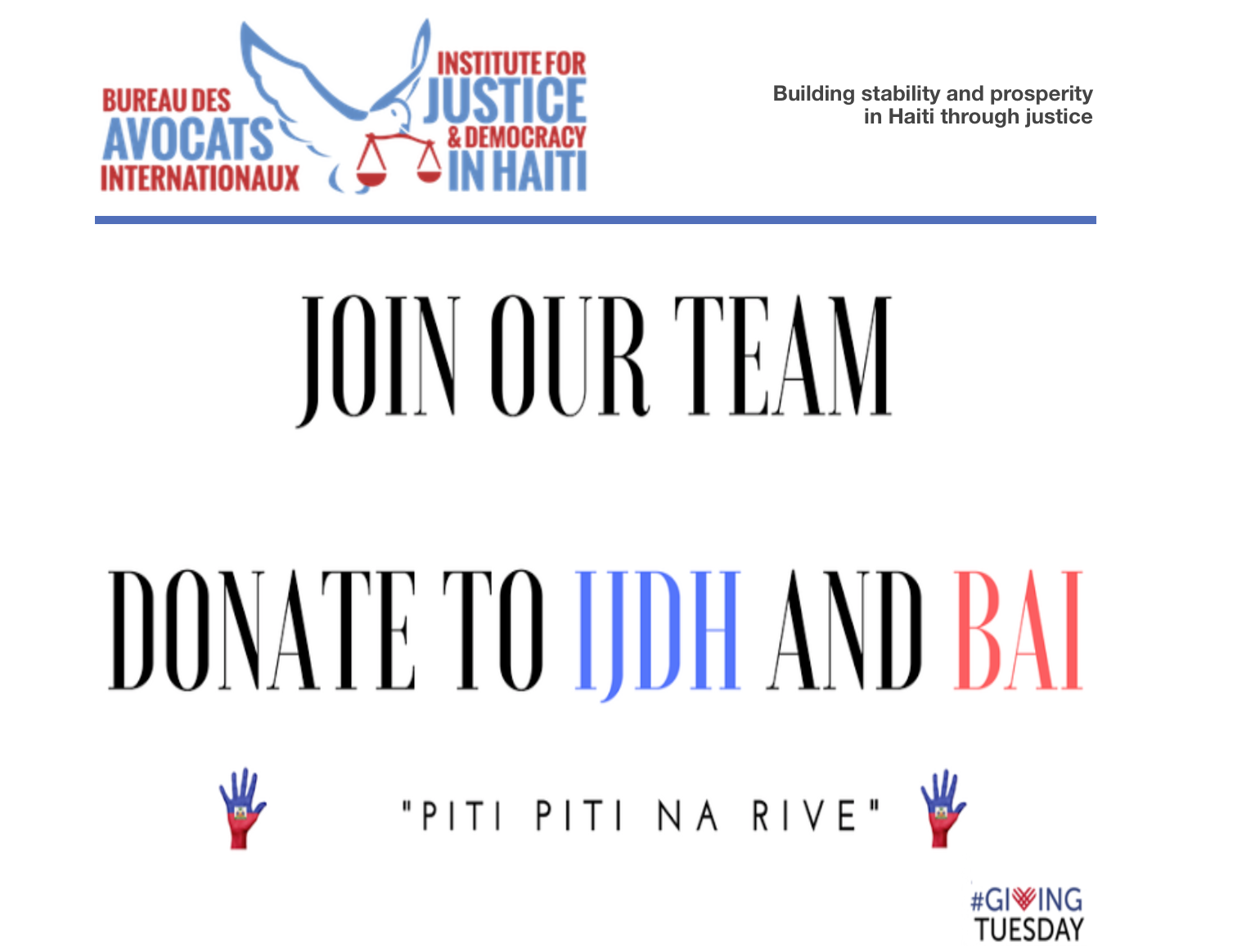 Today is #GivingTuesday, which is an opportunity to fight back! The bad news from so many places can be overwhelming. But there is good news from so many places too, from nonprofits that are fighting, and winning important battles for systemic change, in courts, on the streets, in the press and in legislatures all over the world. At the Institute for Justice & Democracy in Haiti (IJDH), #GivingTuesday kicks off the charitable giving season, where we receive the majority of our contributions.

Haitians say “men anpil chay pa lou”- many hands make the load light. No one organization is going to stop the global advance of hatred, selfishness and disdain for truth and law, but collectively we are already doing it. At IJDH and our partner the Bureau des Avocats Internationaux (BAI), our place in the big picture is supporting the Haitian people in their grassroots struggle for justice and democracy. We fight in Haiti, but we also challenge policies in the United States and the international community that undermine Haitians’ human rights.

Over the past two decades we have lost some, but have won some too. And in the process we have changed policies and established precedents that systematically improve justice for people in Haiti, and everywhere else:

• Last year we compelled the UN to commit to a $400 million response to its Haiti cholera epidemic. This will save hundreds of lives and reduce misery for tens of thousands of families in Haiti. It will also transform the UN’s accountability to the vulnerable populations that host peacekeeping missions around the world;

• In 2014 we compelled Haitian courts to reinstate charges against former dictator Jean-Claude “Baby Doc” Duvalier. Although Duvalier passed away before he could be tried, the case set a precedent that dictators everywhere could face justice even after thirty years’ hiding; and

• every week we are making Haitian courts and the UN system more fair for victims of sexual assault and abuse.

Please consider fighting back for #GivingTuesday with a generous DONATION to keep us on the front lines!