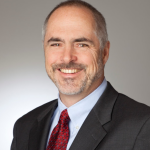 Dr. Nicolas Lemay-Hébert interviewed Brian Concannon, Director of the Institute for Justice and Democracy in Haiti (IJDH), on 22 July 2017. IJDH, along with its sister group, the Bureau des Avocats Internationaux (BAI) in Haiti, have spearheaded a campaign to push the United Nations (UN) to recognize its responsibility in bringing cholera to Haiti, a decision that will certainly have ramifications for the future of international peacekeeping.

In the name of thousands of victims in Haiti, IJDH has decided to sue the United Nations in New York for their responsibility in bringing cholera to the country. Can you tell us more about the genesis of the campaign and why IJDH hasÂ decided to address this specific issue?

As soon as the outbreak was reported, Haitians started pointing at the UN base in Meye. They did not have the genetic or microbiological analyses, but they could smell and see that the base was discharging sewage upstream of where the first cases occurred. When the UN quickly denied involvement (Frerichs 2016, 89), that actually confirmed the Haitians’ belief, because the denials were so unlikely. The organization claimed that it had tested everyone on the base and found no cholera a few days after the outbreak, which seemed impossible.

Almost immediately, people started coming to IJDH’s Haitian partner, the Bureau des Avocats Internationaux, asking us to take the case. My colleagues at the BAI and at IJDH kept insisting that we needed to respond. Haitians kept asking what the human rights movement stood for if it did not stand for justice for thousands of people dying, and hundreds becoming sick from reckless conduct by the organization tasked with leading the global effort to promote human rights.

At first, I opposed us taking the case. I argued that IJDH and BAI did not have the capacity for such a huge undertaking, and that with the evidence so clear and the damage so great, the UN would step up and accept responsibility sooner rather than later anyway. I was right about the first part; we were already overextended financially and our staff was facing burnout from responding to the earthquake that hit Haiti earlier in 2010. Adding the cholera case to the IJDH/BAI docket placed unfair burdens on our staff, which led to significant stress and turnover. We came close to bankrupting the organizations more than once.

But I was wrong about the UN stepping up and accepting responsibility, and that left us with no choice. The UN’s commitment to avoid accountability became undeniable in May 2011, when the UN’s Panel of Independent Experts issued its report (Cravioto et al. 2011, 22 – 23). The report’s first 28 pages explained how the UN’s discharge of waste from the Meye base caused the cholera epidemic. Page 29 continues the explanation, but also notes that many other factors contributed to the epidemic’s extent once it was introduced.
The UN’s public relations organs seized on the single sentence about the other factors to claim the organization was not responsible for the cholera epidemic, ignoring 95% of the report (‘Daily Press Briefing’ 2011 ). This ploy was shockingly effective – much of the world’ s press and governments accepted the UN’ s press release’s conclusions about the UN’s experts’ report over the conclusions of the report itself. The experts were shocked too, and felt obliged to issue a new report in 2013 stating unequivocally that the UN was the likely cause (Lantagne et al. 2013, §5).

The UN’s ability to dismiss its own experts demonstrated to us that the UN would not accept responsibility just because solid scientific evidence and legal analysis required it to. We realized we needed to find a way to force the UN to comply with its obligations. As lawyers, our first impulse was to file a lawsuit.