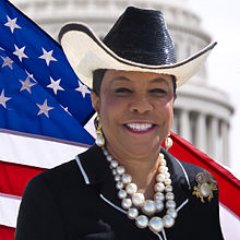 Washington, D.C. – In the current political climate, Democrats and Republicans don’t often agree on much, but in a rare act of bipartisanship, Congress has passed an omnibus package that rejected many of the White House’s harsh budget cuts. The legislation, signed by President Donald Trump before lawmakers left Washington for a two-week recess, included $10 million to help Haiti combat cholera.

In 2010, United Nations peacekeepers contaminated Haiti’s largest river, which led to a cholera outbreak that infected hundreds of thousands of Haitians and killed nearly 10,000 people. It also left destitute thousands of families that lost their households’ primary breadwinners or suffered some other economic hit as a result of the epidemic.

The U.N. in 2016 established a $400 million trust fund to address this crisis, which has to date remained woefully underfunded. In addition, President Trump, who famously called Haiti and African nations “shit holes,” refused to reallocate $11 million in unspent peacekeeping dollars to help reduce the spread of the disease and provide some relief to Haitians whose lives and livelihoods have been adversely impacted by it.

During the appropriations process, 36 House lawmakers, led by Congresswoman Frederica S. Wilson (FL-24), sent letters to the chairs and ranking members of the State, Foreign Operations committees in both chambers, urging them to authorize $11.7 million in the FY 2018 omnibus funding bill for this purpose. Vermont Senator Patrick Leahy, vice chairman of the Senate Appropriations Committee, and New York Congresswoman Nita Lowey (NY-17), ranking member of the House Appropriations Committee, have long championed this issue.

In a second letter, several House lawmakers have requested the inclusion of bill and report language in the FY 2019 budget that would provide an additional $22 million in U.N. dollars unused this year to the fund.

“To allow Haiti, which has had to deal with more than its fair share of natural disasters, to continue to struggle under the weight of a human-made crisis is both inhumane and anathema to our American values. I am extremely pleased that Democrats and Republicans were able to join forces and do the right thing. It is my sincere hope that other nations will follow our example,” said Congresswoman Wilson (FL-24).

“As a long-time friend of Haiti, I have been profoundly disappointed by the international community’s failure to respond appropriately to the cholera epidemic, which was introduced into Haiti by United Nations peacekeepers. I strongly supported the inclusion of funds in the Omnibus Appropriations Act to stop the spread of this devastating disease in Haiti,” said Congresswoman Maxine Waters (CA-43), who co-chairs the Congressional Caribbean Caucus.

“The people of Haiti have faced enormous challenges over the past eight years that are not of their making, and we should do everything in our power to help them rebuild and recover,” said Congresswoman Yvette D. Clarke (NY-09). “I’m pleased to see this Congress include funding to help Haitians recover from the cholera outbreak and stop the spread of this disease.”

“The United States should devote the resources necessary to end the cholera epidemic in Haiti and address the needless and preventable suffering. I’m pleased that Congress included funding to help Haitians recover from the cholera outbreak and stop the spread of this disease,” said Congressman Ted Deutch (FL-22).

“It’s critical that we continue to fund effective public health interventions to vigorously address the prevalence of cholera throughout Haiti, the Dominican Republic, and the Caribbean,” said Congressman Adriano Espaillat (NY-13). “There are immediate and long-term solutions to control cholera, and we must mobilize and remain vigilant in our efforts to support economic development, universal access to clean drinking water, and proper sanitation throughout the region to curb the rising incidence of infection and death from this treatable disease.”

“I am proud to join my colleagues from both sides of the aisle to help fight cholera in Haiti. A cholera outbreak has killed 10,000 and infected hundreds of thousands of Haitians, and we cannot sit idly by. We stand in solidarity with our Haitian-American community in Philadelphia and their worldwide diaspora.  We have a humanitarian duty to stand with them and support the multinational effort to eradicate cholera in Haiti because it is a matter of conscience,” said Congressman Dwight Evans (PA-02).

“I have long championed the cause of the Haitian Diaspora and those who remain in Haiti as they face mounting challenges in creating a stable and productive democracy,” said Congressman Alcee L. Hastings (FL-20). “I was happy to join my colleagues in our effort to ensure that Haiti received much-needed funding in its fight against the cholera epidemic that has been devastating the country for nearly a decade. I look forward to continuing my work on behalf of the Haitian Diaspora and assisting those in Haiti, as we all work to strengthen the country’s democratic institutions and address the effects of the many natural disasters Haiti has had to confront over the years.”

“As a former member of the House Foreign Affairs Committee and a member of the Appropriations Subcommittee on State and Foreign Operations, I have fought for years to help Haiti recover from the 2010 earthquake, countless devastating hurricane seasons, and multiple public health crises. I am very pleased that Congress was able to work in a bipartisan way to pass this critical funding to fight the ongoing cholera crisis. The U.S. contributions to this U.N. fund are essential to giving Haiti the aid necessary to rebuild and recover,” said Congresswoman Barbara Lee (CA-13).

“America cannot turn its back on those suffering through the humanitarian crisis and cholera epidemic that the Haitian people have had to confront. As an appropriator, I’m extremely proud that I was able to team with Congressional Democrats, especially Sen. Patrick Leahy and Rep. Frederica Wilson, who fought to secure this vital funding over the refusal of the Trump Administration to address this public health threat,” said Congresswoman Debbie Wasserman Schultz (FL-23).

Congresswoman Frederica S. Wilson is a fourth-term Congresswoman from Florida representing parts of Northern Miami-Dade and Southeast Broward counties. A former state legislator and school principal, she is the founder of the 5000 Role Models for Excellence Project, a mentoring program for young males at risk of dropping out of school. Congresswoman Wilson also founded and chairs the Florida Ports Caucus, a bipartisan taskforce that coordinates federal action in support of Florida’s harbors and waterways. The Florida lawmaker sits on the Transportation and Infrastructure Committee and the Education and the Workforce Committee.