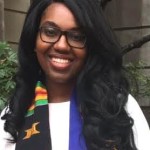 Renée Metelus, Communications and Development Coordinator, started at IJDH as an intern after graduating from Boston University, where she studied sociology and international relations. During her undergraduate years, she worked at the state office of the Georgia Congress of Parents and Teachers, which sparked her interest in educational advocacy. From there, she served as a team leader and corps member at Americorps’ Jumpstart for Young Children an early childhood education organization that aims to promote equitable education for students in under-resourced preschools. During her time in both organizations, she further developed her passion for empowering migrants and minorities. Renee is fluent in Haitian Creole, Spanish and Portuguese. Contact: renee@ijdh.org 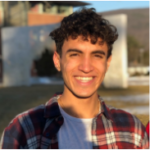 Hamza Mankor, Intern, is a junior at Williams College majoring in a self-designed Critical Theory track while pursuing Arabic and French certificates. His concentration is in postcolonial theory; critical race, gender, and indigeneity studies; Africana philosophy; and social justice. His Moroccan heritage and first-generation identity have inspired his interests, and the former shaped his current independent study course researching the intersections and intellectual exchange between the Caribbean and the Maghreb. After completing his undergraduate degree, he hopes to conduct research abroad upon issues of epistemology, migration, and diaspora before attending law school and advocating against global violations of human rights. He is delighted at the opportunity to work with the IJDH and participate more concretely in advocacy work. Contact: hamza@ijdh.org 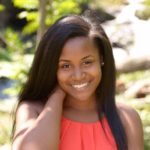 Taleah Pierre-Louis, Intern, is a current junior at Boston College double majoring in Applied Psychology and Human Development & African and African Diaspora Studies on the Pre-Law track. Her interests include Haitian cultural studies, black feminist scholarship, education, intersectionality, and human rights issues. As a first-generation Haitian American, Taleah finds it important for Haiti’s prominent narratives to change from what current mainstream media depicts the country as. Taleah’s previous work includes fulfilling tasks for the Haitian Studies Association in 2019. She also is currently a junior board member for KOSANBA (Congress of Santa Barbara). Taleah’s career goals are to work towards reform in Haiti’s education system and pursue advocacy work.  Contact: taleah@ijdh.org 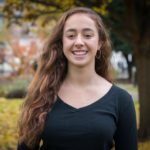 Maria Soraghan, Intern, joined IJDH in the summer of 2020 as a rising senior at Simmons University. She is an eager student studying International Relations and Economics with a passion for advocacy. She recently completed a year of study at the London School of Economics and Political Science where she conducted research with the Government Department. This research focused on the role of citizens in EU politics and the need for bottom-up change in order to democratize the Union further. Maria has also been interning for WONDER Foundation out of London, UK since March of 2020. WONDER is a non-profit that supports women’s education and employment in low-income countries and among marginalized populations. Maria’s interests lie in gender and development as well as human rights advocacy work. She is excited to intern for IJDH because of their multi-faceted and victim centered approach to empowerment. In the future, Maria hopes to get a Master’s degree in Development and continue to work for grassroots organizations. Contact: maria@ijdh.org