Former UN Secretary-General (UNSG) Ban Ki-moon’s memoir “Resolved: Uniting Nations in a Divided World”, published in June 2021 by Columbia University Press (CUP), disparages the valiant efforts of the victims of the UN cholera epidemic in Haiti to seek justice, and contains so many untrue statements that both the publisher and the New York Times have had to issue corrections.

Chapter 15’s discussion of the cholera epidemic, that was caused by reckless disposal of human waste from a UN peacekeeping base in Haiti, is so factually inaccurate that The New York Times issued a lengthy correction for the misstatements in quotes from the book that were included in its article upon the book’s release. The publisher itself, CUP, will issue corrections in the next printing of its edition of the hardcover book and its eBook edition. Our letter to the publisher, outlining the list of misstatements, can be viewed here.

Former Secretary-General Ban’s memoir does, however, accurately reflect the UN’s legacy of official hostility towards complying with its international law obligations in Haiti. It introduced cholera in 2010, denied responsibility for the outbreak for six years in the face of overwhelming evidence, and failed to remedy victims in line with their internationally-recognized rights. In 2016, while Mr. Ban finally bowed to public pressure and apologized to the Haitian people on behalf of the organization, he failed to accept legal responsibility for the outbreak, which would have ensured reparations to victims. The UN’s promised $400 million “New Approach” towards cholera elimination and material assistance remains unfulfilled, with only 5% of the amount funded. Moreover, in its New Approach, the UN committed to consult victims in developing the plan, prompting them to meet in victim committees all over rural Haiti in preparation. However, the UN then declined to include the victims who were prepared for consultations, labelling them a “risk” to the success of the project. Based on these consultations, the UN is implementing a few infrastructure projects in lieu of compensation.

Victims’ efforts towards justice are consistent with calls from legal and human rights experts. Dozens of former UN officials, Constitutional and International Law scholars and practitioners, human rights organizations, and Haitian-American organizations supported the victims’ lawsuit against the UN, while countless others have otherwise urged the UN to uphold its legal responsibility and compensate victims. Last year, fourteen of the UN’s own independent experts denounced the UN’s continued violation of cholera victims’ rights and called their response “deeply disappointing.” UN human rights expert Philip Alston called the UN’s response “morally unconscionable, legally indefensible … politically self-defeating [and] entirely unnecessary” and claimed that it included an element of racism. More than 100 members of the US congress and 60 human rights organizations worldwide, including Amnesty International, have urged the UN to fulfil its legal obligations and have opposed it’s charity-based response to the epidemic.

Mr. Ban’s hostility to accountability as former head of the body responsible for promoting and protecting human rights worldwide, and as the leader in office at the time of the UN’s apology to cholera victims and promised New Approach, carries so much weight that it is incumbent upon the UN to respond. Although the UN did make important contributions towards controlling cholera in Haiti, the organization has persistently implemented Mr. Ban’s hostility to accountability. If the organization were to be serious about promoting human rights, in Haiti and elsewhere, it would demonstrate that Haitians have rights, and that the law applies to everyone, even the UN, by providing victims true reparations for the loss and devastation they suffered from UN recklessness. 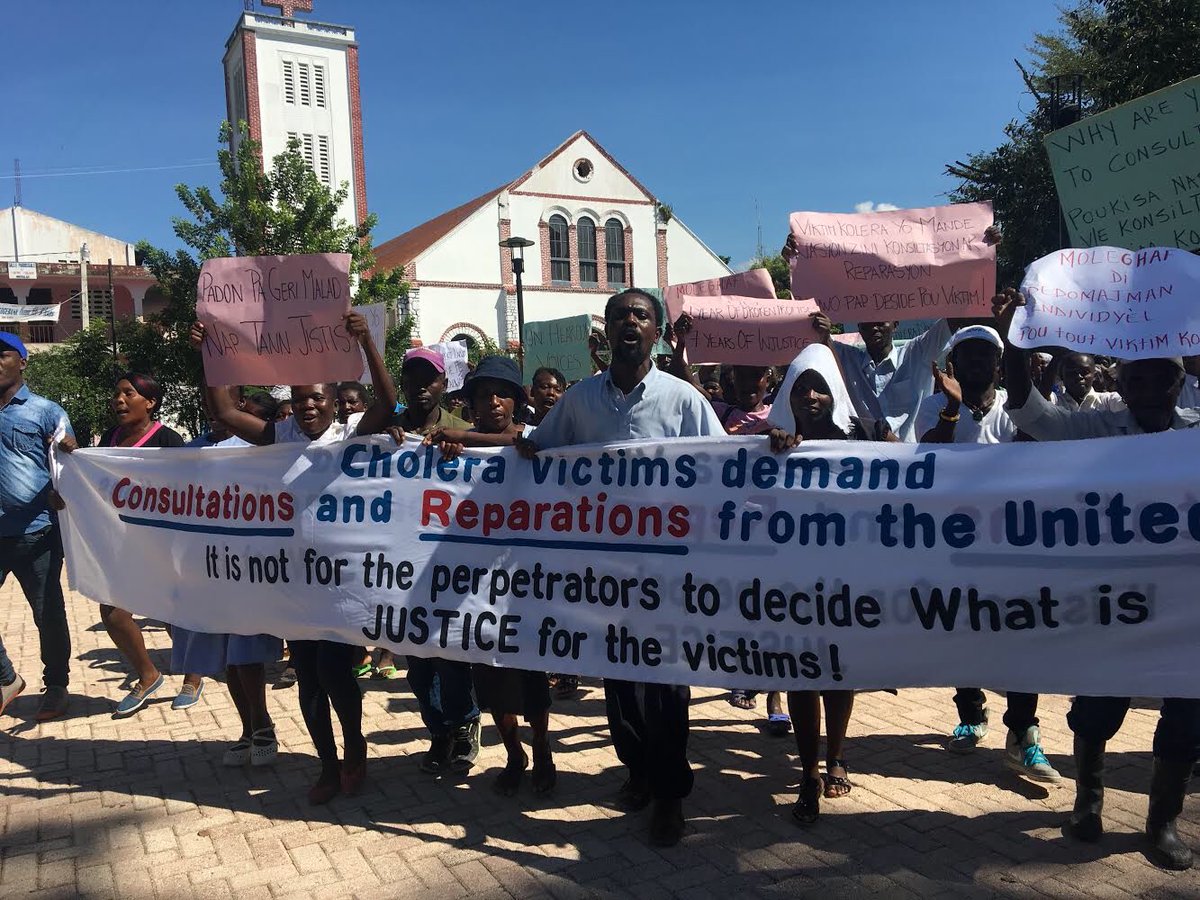