A great opinion piece by the Salem State student who introduced Mario and Brian at the Salem Award ceremony of March 23, 2014. Kinnflo, the student, talks about why Mario’s and Brian’s advocacy and legal work is so important for Haiti, particularly for cholera victims. 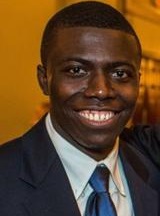 As a Haitian-American, born in the Haitian countryside of Jeremie, I recently had the privilege of sharing in the introduction of this year’s recipients of the Salem Award for Human Rights and Social Justice: Brian Concannon and Mario Joseph. In honoring the advocacy work and accomplishments these two men have done on behalf of my fellow countrymen, I was reminded of how much still lies ahead for Haitians to truly achieve democracy and social justice.

The world took note of the plight of Haiti in January 2010 when the island was hit by a 7.0 magnitude earthquake, leaving more than 250,000 people dead and another 600,000 homeless. As that disaster slowly faded from the headlines, replaced by news of other natural disasters and political unrest, a virulent outbreak of cholera choked recovery efforts. The cholera epidemic has killed more than 8,000 people and continues to do so today.

As the actions of a United Nations peacekeeping mission are allegedly responsible for the cholera outbreak, news of this health crisis has also faded from media attention. Through the brave efforts of Concannon and Joseph in filing a lawsuit to force the U.N. to take responsibility for the epidemic, there is hope that justice will be served for its victims.

Concannon and Joseph are no strangers to standing up to human rights violations in Haiti. Their founding of the Bureau des Avocats Internationaux (BAI) and the Institute for Justice and Democracy in Haiti (IJDH) and the subsequent rulings challenging the atrocities of the Duvalier regime, along with their ongoing advocacy, prove that small voices can have a loud impact. What they do is dangerous, yet they continue to be the voice of a poor nation whose government disregards them. We need to support them and continue to keep the story of the struggles in Haiti at the forefront of our awareness.

I want to acknowledge and thank the Salem Award Foundation for honoring Brian Concannon and Mario Joseph for their courage and hard work on behalf of the Haitian people. Not only did we honor them, but hopefully, we have sent a message to the world — and especially the corrupted Haitian government — that these men are not alone. This award signifies that so many here in Salem, and in this country, will work to protect their efforts in restoring democracy and social justice to the Haitian people. As a community, I believe that we have the power to do so much to win the fight against all odds. Let’s stand together. Together we are stronger; together we are indestructible.

Kinnflo Michel emigrated from Haiti at the age of 17. After graduating from Medford High School, he enrolled at Salem State University. He will graduate in May with a degree in criminal justice.