Haitian President Michel Martelly, along with heads of the two houses of Parliament, have agreed on a new accord to deal with the current elections crisis in Haiti. The accord extends the terms of the Senate and Chamber of Deputies and promises a Constitutional Provisional Electoral Council but the results remain to be seen. A new Prime Minister also awaits approval by Parliament, after a presidential commission recommended the former Prime Minister’s resignation.

Political accord in Haiti seeks to avert crisis 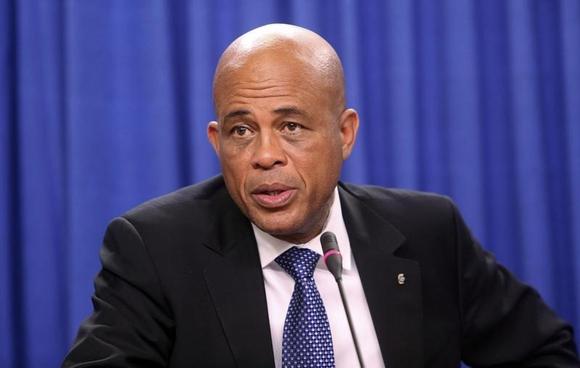 (Reuters) – The president of Haiti and heads of the country’s two houses of parliament reached a tentative agreement on Monday to avert a political crisis that has sparked nationwide protests.

The political accord announced late Monday seeks to open the way for approval by parliament of a new “consensus” government after prime minister Laurent Lamothe was forced to resign earlier this month.

The agreement would extend the terms of the Senate and the Chamber of Deputies, due to run out Jan. 12, but only if an electoral law is passed first.

If the parliamentary terms are not extended, Haiti would be left without a functioning government heading into presidential elections in late 2015.

The agreement would extend the terms of the deputies until April 24 2015 and senators until Sept. 9.

The political accord is likely to be favorably received by Haiti’s foreign donors, particularly the United States and the United Nations, who had expressed concern that the impoverished Caribbean nation was on the brink of political chaos again.

It might also appease opposition politicians and protesters who have been calling for a new government and long-overdue legislative and municipal elections.