The UN Security Council is visiting Haiti for 3 days, in order to press for democratic elections. Many also stress the importance of the cholera epidemic in Haiti, which was introduced by UN peacekeepers in 2010. Since then, it has killed over 8000 Haitians. IJDH Director Brian Concannon urged the Council to “reassess its priorities in Haiti.” 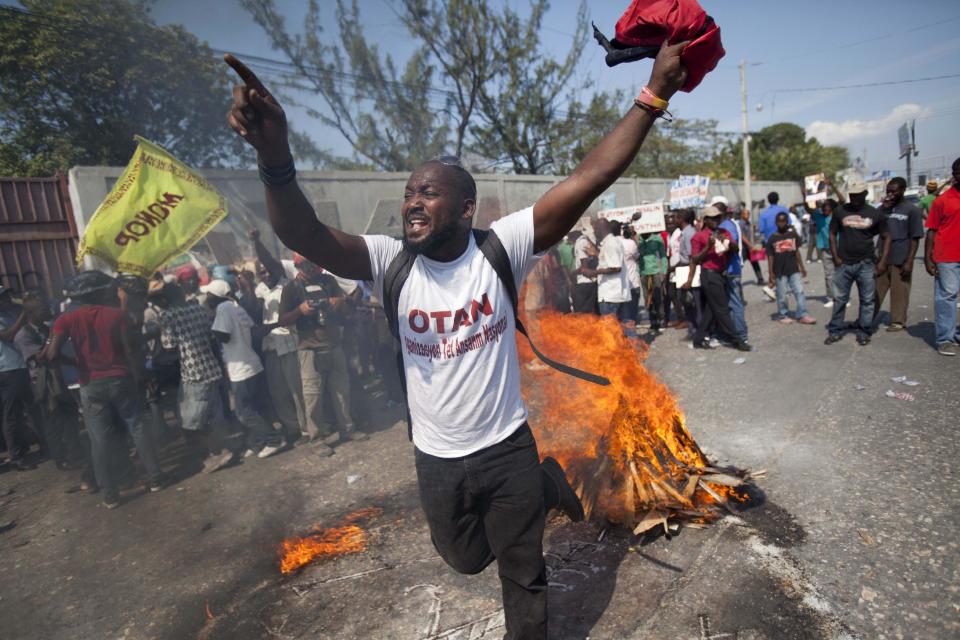 Representatives of the council’s 15 member states are expected to meet with President Michel Martelly and other officials. Martelly began ruling by decree last week when Parliament was dissolved after legislators’ terms expired amid a political stalemate.

The U.N. said in a statement that the delegation also would assess the implementation of Security Council resolutions such as the strengthening of Haiti’s police force. Council members last year extended the U.N. peacekeeping mission in Haiti by a year and expect to cut the number of troops from 5,021 to 2,370 by June.

In addition to the capital of Port-au-Prince, the council representatives are to visit the northern coastal city of Cap-Haitien.

The visit comes just days after a new Haitian Cabinet and other government leaders were sworn in. Haiti last week also swore in new Prime Minister Evans Paul, prompting supporters of opposition factions call for more protests demanding that Martelly step down. He became president in 2011 and is scheduled to step down next year.

Martelly on Thursday announced a new, nine-member provisional electoral council that will be in charge of holding delayed elections this year. The members were sworn in on Friday. 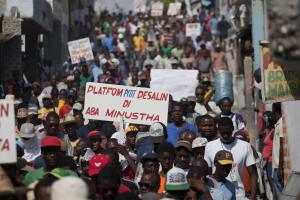 Samantha Power, the U.S. ambassador to the United Nation, said she was looking forward to meeting with Haitians and hearing how the U.S. and the Security Council can help them.

“Gains for Haiti will be for naught without political stability and strong democratic institutions,” she tweeted. “Current impasse jeopardizes progress.”

A couple of thousand people participated in a protest Friday demanding Martelly’s ouster, and some also expressed anger at the U.N., accusing it of introducing cholera to Haiti.

A cholera outbreak has killed more than 8,000 people and sickened more than 700,000 after human waste was dumped into Haiti’s main river in October 2010. Scientific studies have said cholera was likely introduced in Haiti by U.N. peacekeepers from Nepal.

A U.S. judge earlier this month ruled that the U.N. is immune from a lawsuit seeking compensation for victims of the deadly outbreak.

Brian Concannon, executive director of the Institute for Justice & Democracy in Haiti, criticized the U.N. in a statement this week saying it has not funded a plan to contain the epidemic.

“It is time for the Security Council to reassess its priorities in Haiti,” he said.