In 1998, the Haitian community in Boston celebrated their Haitian heritage and became the first Haitian diaspora community in the United States to hold such ceremony in memory of their ancestors.  Today, Haitians across the U.S. honor their ancestors and celebrate Haiti’s contribution to the global freedom and democracy throughout May. 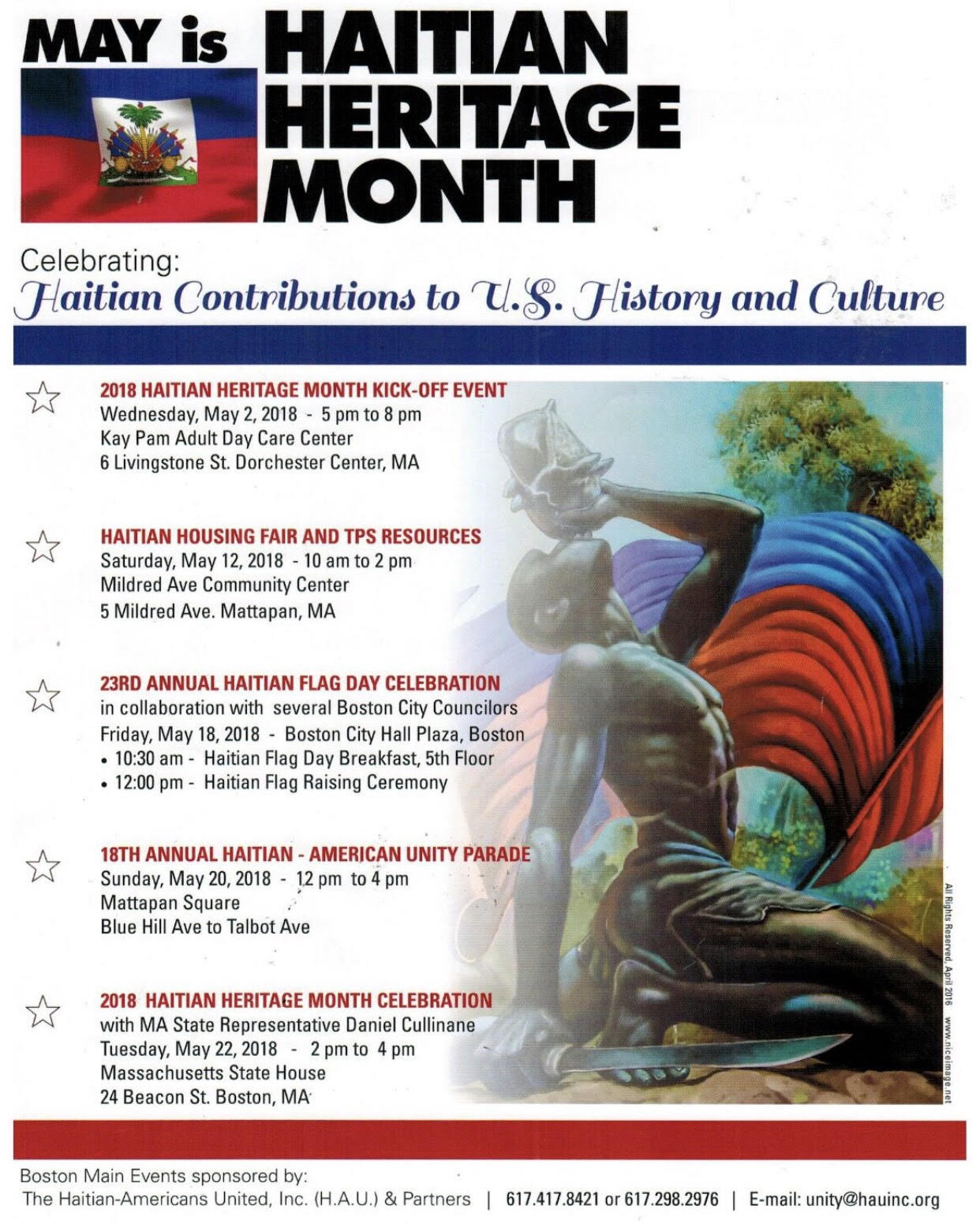 According to Wikipedia, “Haitian Heritage Month was first celebrated in Boston, Massachusetts, in 1998. Tele Kreyol, one of the Boston Haitian Access Television programs, celebrated the whole month of May with a series of programs on Haitian history, culture, and contributions to the world. The month-long celebration has continued with such activities as parades, flag raisings, and exhibits organized by Haitian-AmericansUnited, Inc. (H.A.U.) in collaboration with several Haitian organizations in the New England area.