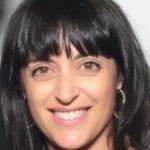 Blaine Bookey is Co-Legal Director at the UC Hastings-based Center for Gender & Refugee Studies where she works to advance protections for survivors of gender-based violence and other forms of persecution. Blaine also coordinates the College’s Haiti Justice Initiative and Chairs the Board of Directors of the international women’s rights organization, MADRE. Previously, Blaine served as a legal fellow with IJDH and BAI and as a federal appellate law clerk. Before attending law school, Blaine worked as an immigration paralegal for several years advocating for many Haitian refugees. The American Constitution Society recognized Blaine for her work on behalf of marginalized communities with the 2016 David Carliner Public Interest Award.

Linda Dorcena Forry was a Massachusetts State Senator from 2013–2018. She is a native Bostonian and was the first woman and person of color to represent the Commonwealth’s 1st Suffolk District. For almost two decades, former Senator Forry has dedicated her professional life to a career in public service. She chaired the Senate Committee on Intergovernmental Affairs, the Joint Committee on Housing and the Special Senate Committee on Housing. Mrs. Forry served as a member of the Joint Committees on Transportation; on Education; on Mental Health & Substance Abuse, and on Health Care Financing. Additionally, she served as the Senate Vice-Chair of Massachusetts Caucus of Women Legislators. Mrs. Forry was Massachusetts’ only Haitian-American elected official. She remains committed to rallying former colleagues, elected officials, advocates, and immigrant groups across the state on issues significant to ethnic communities. 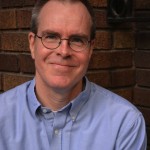 Fran Quigley is a clinical professor at the Indiana University Robert H. McKinney School of Law, where he directs the Health and Human Rights Clinic. Students in the Health and Human Rights Clinic advocate for the rights of the poor, with a special focus on representing low-wage workers. He is the author of Walking Together, Walking Far: How a U.S. and African Medical School Partnership Is Winning the Fight against HIV/AIDS (Indiana University Press, 2009) and How Human Rights Can Build Haiti: The Lawyers, the Activists, and the Grassroots Movement (Vanderbilt University Press, forthcoming 2014), which profiles the work of IJDH and BAI. Fran has served as the executive director of ACLU of Indiana and as a public defender and civil rights attorney. He lives in Indianapolis with his wife Ellen and  their three children, Sam, Katie, and Jack. 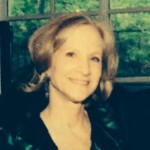 Mary H. White, M.D. is an infectious diseases physician who conducts medical evaluations of persons seeking asylum in the United States for persecution or torture in their home country at the Global Health Program of the Mount Sinai School of Medicine in New York City. She has joined advocacy groups at the Department of Homeland Security to improve health conditions and standards in U.S. detention centers, and she has delivered medical care in Haiti.

IJDH extends our gratitude to past advisory council members for their service: Karen Ansara