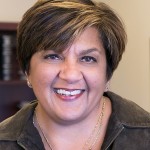 Navjeet Bal is VP and General Counsel of Social Finance. Before that, she was an attorney with Nixon Peabody in Boston, since 2011. She served as the Massachusetts Commissioner of Revenue  in Governor Patrick’s administration from 2008 through 2011, and prior to that, she was a practicing attorney at Mintz Levin in Boston for 17 years. She is an infrastructure finance lawyer, and is a strong believer in access to justice. She serves on the boards of the Legal Advocacy and Resource Center (a legal services hotline and referral center in Boston), the Lawyers’ Committee for Civil Rights Under the Law, the Boston Public Market Association, the Massachusetts Supreme Judicial Court’s Access to Justice Commission, and is an active member of the Boston Bar Association and the South Asian Bar Association of Greater Boston. She has received recognition from Harvard Law School as an “inspiring woman” for International Women’s Day, from Massachusetts Lawyer’s Weekly as an inaugural member of its Circle of Excellence and from Williams College as a recipient of a 2011 Bicentennial Medal. She is a graduate of Williams College and Northeastern University School of Law.

Brian Concannon, Jr., Esq., co-managed the BAI in Haiti for eight years, from 1996-2004, and worked for the United Nations as a Human Rights Officer in 1995-1996. He founded IJDH, and directed the organization from 2004-2019. He helped prepare the prosecution of the Raboteau Massacre trial in 2000, one of the most significant human rights cases anywhere in the Western Hemisphere. He has represented Haitian political prisoners before the Inter-American Commission on Human Rights, and represented the plaintiff in Yvon Neptune v. Haiti, the only Haiti case ever tried before the Inter-American Court of Human Rights. 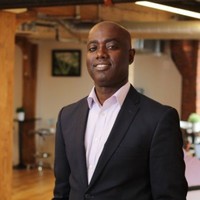 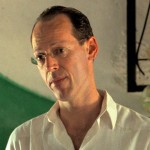 xxxxx
Paul Farmer, M.D. PhD, is founder of Partners in Health and a Professor at Harvard Medical School. Additionally, Dr. Farmer serves as Special Adviser to the United Nations Secretary-General on Community Based Medicine and Lessons from Haiti. Dr. Farmer has spent much of the past 25 years in Haiti, but his current primary residence is in Rwanda. Dr. Farmer changed the way the world treats infectious diseases among the poor by proving that top quality healthcare can be provided in resource-poor settings. Dr. Farmer brings unique and successful experience in implementing programs in Haiti and excellent relationships with Haitian health officials, the international healthcare community, and major donors to Haiti. Dr. Farmer is a MacArthur Foundation “Genius Award” winner. 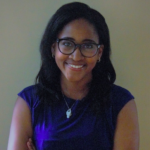 Franciscka Lucien, MA, IJDH Executive Director, joined IJDH as Executive Director in July 2019. She is
a committed advocate for social justice, and an experienced international development professional skilled in
strategic management, fundraising, communications and advocacy. Her work focuses on the intersection of equity, health, and a rights-based approach to development. She served as Deputy Director of Policy and Partnerships for Partners In Health (PIH) in Liberia, coordinating with under-served communities, non-governmental organizations, the Ministry of Health, and international organizations to improve delivery of critical health services in the wake of Liberia’s Ebola epidemic. She worked extensively in Haiti, leading key projects to strengthen public delivery systems for health care, and implementing the human right to health for rural, marginalized communities. Before entering the nonprofit field, she worked in advocacy and
communications, helping clients across sectors on communications, issues management, and advocacy strategies. She holds an M.A. from the George Washington University Elliott School of International Affairs and a Bachelor of Science from the Georgetown University Edmund A. Walsh School of Foreign Service. She speaks English, French, Haitian Creole, and Spanish. 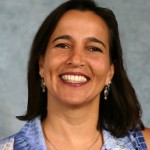 Joia Mukherjee MD, MPH, IJDH Board Chair, is the Chief Medical Officer for Partners In Health, since 2000. She is an internist, paediatrician and infectious disease specialist and an Associate Professor at Harvard Medical School. Dr. Mukherjee’s clinical focus in resource-poor settings has been HIV/AIDS, multi-drug resistant tuberculosis, mental health and most recently, ebola. She builds the capacity of healthcare professionals and emerging leaders in the Global Health Delivery discipline by teaching infectious disease, Global Health Delivery and human rights to health professionals and students from US and international institutions. Dr. Mukherjee serves on the board of directors for Last Mile Health, Village Health Works and Project Muso. She advises many other grassroots organizations in their efforts to deliver health care with a human rights approach to the poorest of the poor. In addition, Dr. Mukherjee consults for the World Health Organization and other international agencies on health systems strengthening, human resources for health, the treatment for HIV and more. 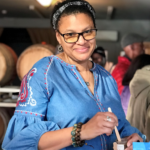 Judy Solange Prosper is a Haitian-American attorney currently living in Portland, Oregon. She currently serves as a Deputy City Attorney, working on equity initiatives. She was a founding board member of IJDH through 2008 and returned to the Board in 2012. Judy was a BAI volunteer attorney in early 2001, then remained in Port-au-Prince to serve the second Aristide administration as Legal Counsel through 2004. Before moving to Oregon, she served for ten years as an Assistant Attorney General in New York. Her experiences include advocacy on behalf of survivors of domestic violence, civil rights and consumer fraud litigation, and a federal judicial clerkship. Judy graduated from Brooklyn Law School and Emory University. 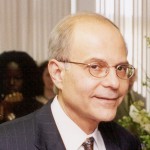