Cholera broke out in Haiti in October 2010 for the first time in the country’s history. Multiple genetic and epidemiological studies have established that cholera was introduced to Haiti by a peacekeeping contingent with the UN Stabilization Mission in Haiti (MINUSTAH), which discharged cholera-contaminated sewage into a tributary of Haiti’s largest river system. The UN for years denied its role in the cholera epidemic.

In November 2011, we filed 5,000 claims with the UN, seeking: A) The installation of a national water and sanitation system that will control the epidemic, B) Compensation for individual victims of cholera for their losses, C) A public apology from the United Nations for its wrongful acts In February 2013, after 15 months of silence, the UN tersely dismissed the claims in a two-line decision deeming the claims “not receivable.” Since then, their strategy continues to be denial and stonewalling the media. IJDH filed a class action suit in New York in October 2013 on behalf of a putative class of all people injured or killed by cholera.

Finally, on 1 December 2016, the UN Secretary-General issued a public apology for the UN’s role in the outbreak and launched a New Approach to Cholera in Haiti. The New Approach is a $400 million USD plan that adopts a two-track strategy: Track 1 focuses on intensified efforts to treat, control and eradicate cholera, and Track 2 promises to deliver “a package of material assistance and support to those Haitians most directly affected by cholera” to be developed in a victim-centered manner, including through consultations with victims. The UN established the UN Haiti Cholera Response Multi-Partner Trust Fund (MPTF) to generate and manage its resources.

While incomplete, if fully and effectively implemented, the New Approach presented an opportunity to reduce the harm of the cholera epidemic, help rebuild the lives of tens of thousands of cholera victims, and begin repairing the damage to the UN’s standing and the credibility of UN peacekeeping. From the outset, however, there were structural flaws in the plan. The UN continued to deny any legal responsibility for cholera’s introduction, recognize victims’ right to remedies, or establish a mechanism through which victims’ claims could be assessed. The commitments in the New Approach were unenforceable and the UN did not identify a reliable source of funding, leaving implementation of the plan vulnerable to the whims and pressures of political decision making. Victims were marginalized from the design of the plan, with the UN failing to consult with or assess their perspectives before launching the New Approach.

Four years later, there has been minimal progress under the New Approach, laying bare these fundamental shortcomings. Haiti’s population remains extremely vulnerable to cholera, communities most affected by the epidemic are still unable to access safe water and sanitation, and direct victims are no closer to obtaining meaningful redress.

Donate to support the fight for cholera justice.

Connect with us on LinkedIn

Watch and share Baseball in the Time of Cholera 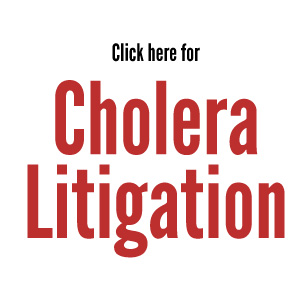 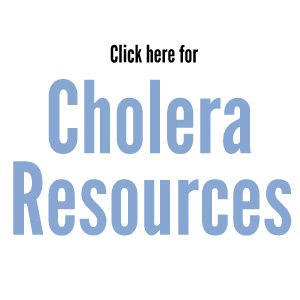