Erik Crew, Bertha Justice Fellow (New York), is a recent graduate from the part-time evening division at Northern Kentucky University’s Salmon P. Chase College of Law. He earned his B.A. in African American Studies, with distinction, from Yale University. He started law school while working at the Ohio Justice & Policy Center (OJPC), a non-profit law firm that represents people in prison, people with criminal records, and advocates for an end to the practice of mass incarceration. At OJPC, Erik spent four years as lead investigator and litigation support on the Human Rights in Prison Project, and he spent three years managing public advocacy and communications campaigns including the successful effort to free Tyra Patterson, a woman who had spent 23 years in prison for crimes she did not commit. During night school for law, Erik interned at the Institute for Justice & Democracy in Haiti, the Hague-based Global Rights Compliance, the Association for Defense Counsel practicing before International Courts and Tribunals, and the Center for Constitutional Rights in New York City. His freelance writing has appeared in Crash Course Literature, Abservd Magazine, The Hummingbird Review, and in 2007 won the Nella Larsen Award for Black Atlantic Writing. Contact: erik@ijdh.org 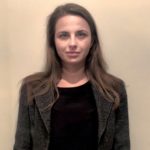 Alexandra “Sasha” Filippova, Senior Staff Attorney (New York), has focused her legal practice on human rights, international dispute resolution, and public international law. Prior to joining IJDH, Sasha was an international arbitration and litigation associate at Shearman & Sterling LLP, where she served as a lead counsel in a successful lawsuit against the Syrian government for its extrajudicial killing of war correspondent Marie Colvin. Sasha’s other matters included litigating complex transnational disputes; co-authoring an amicus brief highlighting the importance of the command responsibility doctrine to the Eleventh Circuit; representing asylum seekers; conducting internal investigations in multiple countries; and advising clients on a variety of legal and policy matters.  Sasha also recently served as a Senior Legal Fellow with the Center for Justice and Accountability, where she developed evidentiary and analytical support for a crimes against humanity claim, and as a Legal Advisor and Fellow with the American Bar Association’s Rule of Law Initiative, where she focused on confronting gender-based violence and promoting women’s empowerment around the globe.

Sasha holds graduate degrees from Georgetown University’s Law Center and Walsh School of Foreign Service, where she focused her studies on human rights and transitional justice, including field work in Liberia and Cambodia.  She is admitted to practice law in the District of Columbia and the State of New York. Contact: sasha@ijdh.org

Steve Forester, Immigration Policy Coordinator (Miami), leads efforts to win creation of a Haitian Family Reunification Parole Program (FRPP) to speed entry into the U.S. of 110,000 beneficiaries of approved visa petitions, to give parity with DHS’s Cuban FRPP and help Haiti recover by generating additional remittances.  He has won support for this from about 100 congresspersons, 10 editorial boards in 17 editorials, the Miami-Dade County Commission, NY and Philadelphia city councils, the US Conference of Mayors, ABA, NAACP, Congressional Black Caucus, MA Gov. Patrick and others.  Pre-quake, he secured pro-TPS editorials in major papers and political, legal and media support after devastating 2008 storms.  He meets officials and pens op-eds; his January 2009 work won a quiet halt of all non-criminal Haiti deportations formalized by TPS after the quake. A Haiti rights advocate since 1979, he has testified in the Senate, House and other bodies and led the fight to enact the Haitian Refugee Immigration Fairness Act of 1998 (HRIFA), under which 20,000 Haitians became U.S. permanent residents. IJDH has sponsored his work since February 2009. Contact: steveforester@aol.com 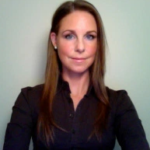 Sandra Wisner, Senior Staff Attorney (Montreal), is a Canadian human rights attorney working to hold international human rights violators accountable for their actions in Haiti. Prior to joining IJDH, Sandra worked as a UN legal consultant assisting with prosecutions of the Khmer Rouge at the Extraordinary Chambers in the Courts of Cambodia. She has litigated plaintiff-side discrimination and tort cases in Toronto, Canada, and spent a year in South Africa assisting the Legal Resources Centre in their representation of victims at the Marikana Commission of Inquiry. Sandra holds Canadian J.D. and Honours Bachelor of Arts degrees as well as an Advanced LL.M. in Public International Law from Leiden University, specializing in business and human rights. Contact: sandra@ijdh.org 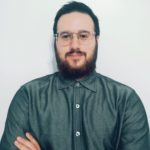 Dove Barbanel, Legal Intern, is a second year J.D. student at New York University School of Law. He is interested in human rights and social and economic justice, and he is pursuing a curriculum in law school focused on public interest litigation and international law. He has completed a legal internship at Brooklyn Legal Services, where he helped tenants fight for their rights, and preserve affordable housing stock, through proactive litigation to hold landlords accountable for uninhabitable conditions and harassment. He also completed a legal internship at Slarskey LLC, providing pro bono counsel to small businesses unable to pay rent due to Covid-19. He is participating in an externship with the Legal Aid Society to provide free eviction defense to tenants in Queens, New York. Before law school, he contributed to grassroots activism, media advocacy and other support for refugees and migrants. He taught filmmaking and English language and literature for several years in France and Greece, during which he created and organized recurring educational workshops for refugees at the Melissa Network for Migrant Women in Greece. In addition to his legal education and work experience, he earned a B.A. with honors from the University of Chicago. Contact: dove@ijdh.org 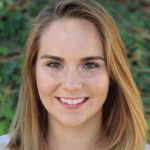 Eszter Boldis, Legal Intern, is a second-year student at UCLA School of Law. She is interested in transitional justice, human rights, and international criminal law. She graduated magna cum laude from the University of Southern California with a B.A. in Philosophy, Politics and Law and History.  She also holds additional degrees: an M.Sc. in International Crimes, Conflict, and Criminology from Vrije University Amsterdam and an Advanced LLM in Public International from Leiden University. She has worked at the Center for International Criminal Justice, where she researched corporate accusations of international crimes and various legal and civil society responses. This summer she worked on US litigation on corporate accountability for human rights violations and assisted with research on U.S. Military Commission cases. She is also a Senior Research Associate at Public International and Policy Group (PILPG), where she researches domestic prosecutions of international crimes and implementations of the Rome Statute. Contact: eszter@ijdh.org 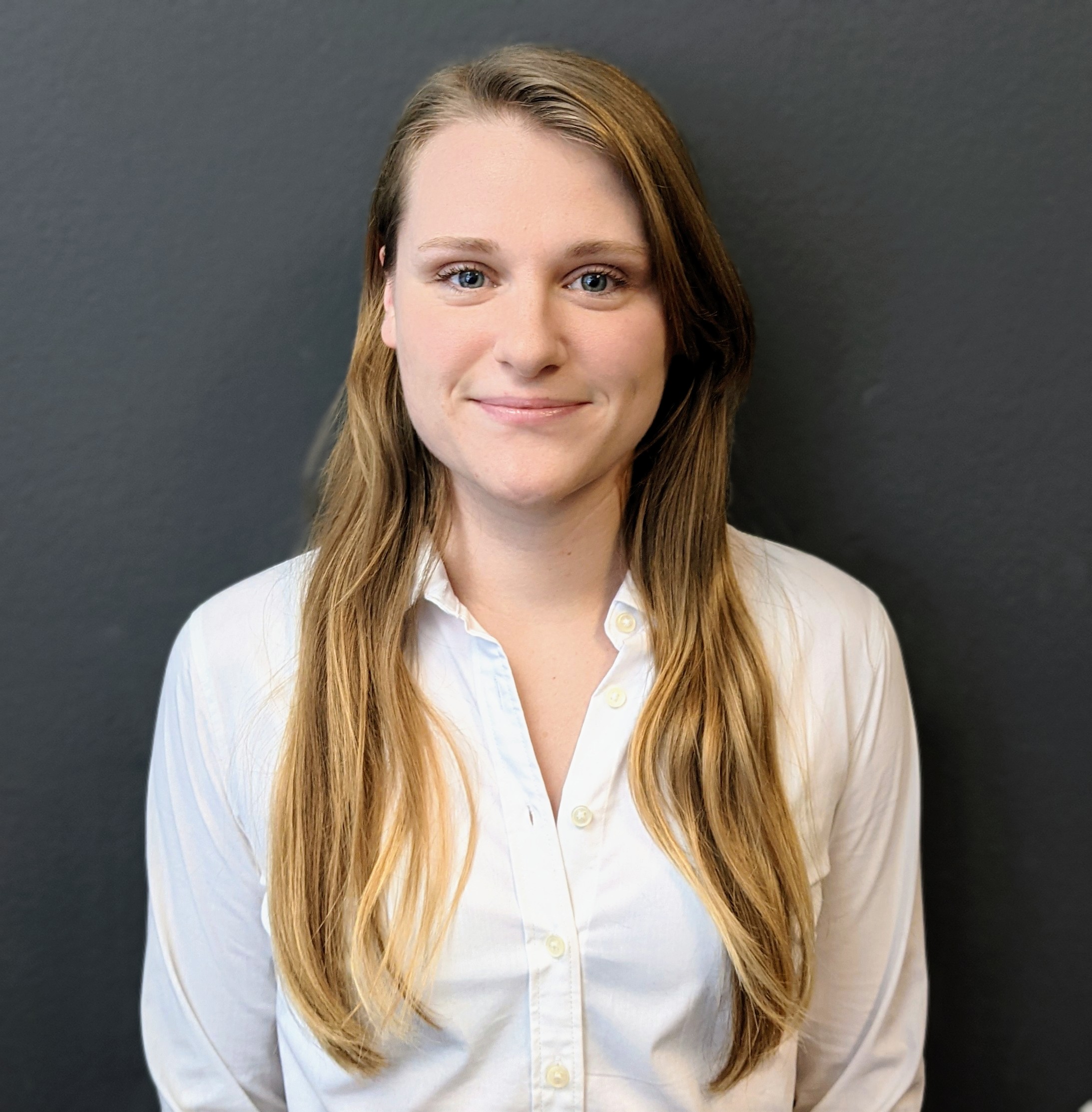 Ally Myers, Legal Intern,  is a third-year student at UC Irvine School of Law, where she is the Editor-in-Chief of the Journal of International, Transnational, and Comparative Law and a fellow in the Center on Globalization, Law, and Society. She holds a B.A. from Willamette University and an M.A. from San Diego State University. She is interested in improving enforcement mechanisms for international human rights law, both through public law and private participation in existing mechanisms, as well as promoting a more inclusive human rights system that responds to the needs of the most marginalized. She previously worked for then-UN Special Rapporteur for Freedom of Opinion and Expression David Kaye, for whom she wrote recommendations to UN Member States on protecting human rights in the time of Covid-19 and an intervention brief on the right to be forgotten, which was submitted to the European Court of Human Rights. She has also worked for local organizations in the Los Angeles area advocating on behalf of unhoused and housing-insecure clients against policies that criminalize poverty such as punishment for failure to pay fines and fees, destruction of property without due process, and harassment by law enforcement.