The United Nations Security Council ended a three-day visit to Haiti on Saturday, after hearing a variety of concerns during the meetings  with President Jovenel Moïse, Haitian lawmakers,  Haitian civil society and cholera advocates. Among the issues Haitians raised were the compensation for the cholera victims, child support for the abandoned children fathered by U.N. peacekeeping soldiers and the desire for a new, smaller mission to be Haiti’s last.

On cholera, the Security Council delegation reaffirmed its support for the new efforts undertaken by the UN.

Tell U.N. it’s time to deliver. Join our Time2Deliver campaign and urge your country to contribute to the cholera fund.

The 15-member United Nations Security Council ended a visit to Haiti Saturday, promising to review what it heard during two days of meetings with a cross-section of Haitians as it prepares to permanently withdraw its blue helmet peacekeepers after 13 years.

Members heard a variety of concerns during the discussions, which began with President Jovenel Moïse on Thursday and concluded late Friday with members of the judiciary and the heads of national accountability institutions, including Haiti’s Central Financial Intelligence Unit chief Jean-Francois Sonel. Sonel has come under fire after he forwarded a money-laundering investigation on the president’s finances to an investigative judge ahead of Moïse’s Feb. 7 swearing in.

Among the issues Haitians raised: the lack of independence of the judiciary; the need for the U.N. to compensate victims of cholera and the abandoned children of peacekeepers; and the desire for a new, smaller mission to be Haiti’s last. 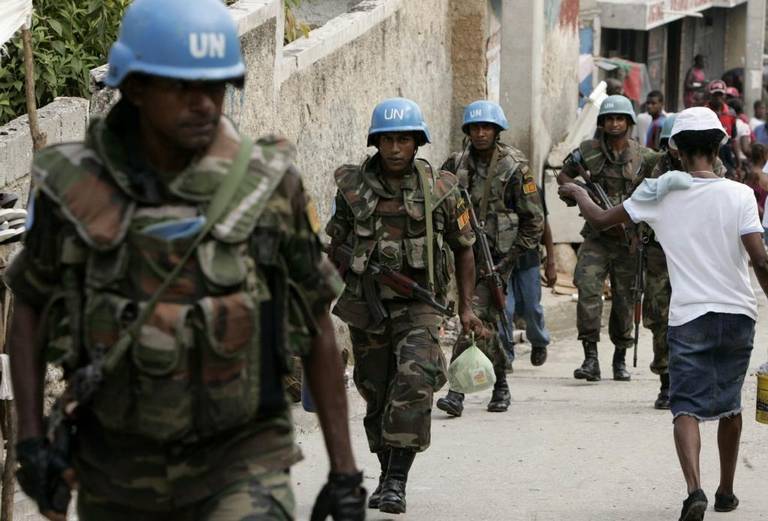