The U.N. Should Stop Ignoring Victims of Sexual Assault and Children Fathered by Peacekeepers

In less than five months the United Nations will wrap up its 13-year controversial peacekeeping mission in Haiti known as MINUSTAH, but failure to take necessary step to remedy the victims of cholera and sexual abuse in Haiti, U.N. can risk tarnishing its global image.

The U.N. mission has been marred by a series of scandals. A mission the was supposed to protect human rights in the countries is now responsible for spreading a deadly but preventable disease in the country which is responsible for the death of nearly 10,000 Haitians, and sickened many more thousands. Additionally, its peacekeeping soldiers have sexually abused women, men and children. All those victims from cholera outbreak to sexual abuse and child support. 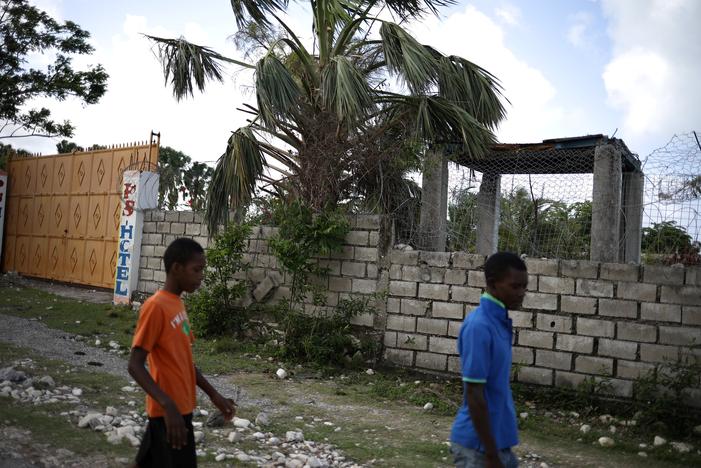 For Roseleine Duperval, the United Nations mission to stabilize Haiti will always remind her of one thing – her 8-year-old daughter, who she says was fathered by a Uruguayan peacekeeper.

Duperval is among a group of Haitian women who embarked on a long and largely fruitless journey to try to force peacekeepers who they say fathered their children to contribute to their upbringing. While some have succeeded with their paternity claims, barely any have secured any form of child support.

“Since I became pregnant, he never sent money,” said Duperval, who still has identity documents she says her daughter Sasha Francesca’s father left behind, apparently because he wanted to be legally recognized as the father. “I have to call friends all the time to help me support my (child).”

The paternity and child support issue is another awkward legacy of the 13-year U.N. mission, known as MINUSTAH, which is winding up in October after being sent in to stabilize a country riven by political turmoil. The mission introduced a cholera epidemic that killed about 10,000 people and has also been dogged by accusations of sexual assault.

Paternity cases in recent years have confirmed seven children in Haiti as having had U.N. peacekeepers as their fathers, according to figures released on the peacekeeping body’s conduct and discipline website. More than two dozen Haitian women are still pursuing paternity claims, second only to Democratic Republic of Congo in the number of claims against a U.N. mission worldwide since 2010, according to U.N. data.

The cases also highlight a lack of accountability, critics say, since many of the women’s paternity claims are never confirmed either way. Even when paternity is proven, the process rarely delivers any financial support for mothers.

Under the United Nations’ “zero-tolerance policy” against sexual exploitation and abuse, sexual relationships between peacekeepers and residents of countries hosting a U.N. mission are strongly discouraged.

However, the world body says its peacekeeping arm does not take responsibility for financial assistance to children fathered by peacekeepers. It says the peacekeepers’ countries, or the fathers themselves, must organize payment.

In practice, that often means mothers must raise children alone in some of the world’s poorest, most troubled nations.

“If you ignore the problem of paternity long enough, it will go away,” said Sharanya Kanikkannan, from the New York-based advocacy group Code Blue, which aims to end impunity for sexual abuse by U.N. personnel. “Missions move on; children grow up.”

A Reuters reporter interviewed four women in the Haitian seaside town of Port-Salut, who had, along with their children, undergone DNA tests with a view to establishing paternity.

They said U.N. officials tracked them down in 2014 by asking members of the local community who claimed to have given birth to “MINUSTAH babies” to come to the capital, Port-au-Prince, for tests.

Ismini Palla, spokeswoman for U.N. peacekeeping in New York, confirmed the DNA tests took place. She said the United Nations facilitated tests but did not provide them. It was not immediately clear who provided or paid for the tests.

The four women’s samples were sent to Uruguay, the country of origin of the supposed fathers. Uruguayan authorities were tasked with locating the men and conducting their own DNA tests, Palla said.

Of the four Port-Salut women interviewed by Reuters, DNA testing proved two of the Uruguayan peacekeepers were the fathers, Palla said.

However, the other two claims, including Duperval’s, could not be confirmed because the Uruguayan military was unable to locate the alleged fathers, Palla said.