This letter was first published by Miami Herald

Re the Nov. 2 oped “U.N. is committed to a new partnership in Haiti that works” by : We welcome U.N. Secretary-General António Guterres’ concession on the need for U.N. action. But a partnership with Haiti that works requires more than promising words.

Admitting that cholera got to Haiti through reckless waste disposal at a U.N. base—as the U.N.’s own experts declared five years ago — would have been a good start.

Keeping the U.N.’s existing promises would help too. The former secretary-general announced a “new approach” that included material assistance for victims and a promise to consult them on whether the assistance should include payments to victims or exclusively community projects. Under Guterres’ leadership, the U.N. has taken direct payments off the table and refused to begin consultations. We have consulted hundreds of victims, and many of them insist that only direct payments can make up for losing family breadwinners and high expenses from illness.

The high-level delegation to Haiti has an opportunity to demonstrate that the U.N. in fact has learned from its mistakes by engaging in meaningful consultations with victims, including seeking feedback on what constitutes appropriate remedies. 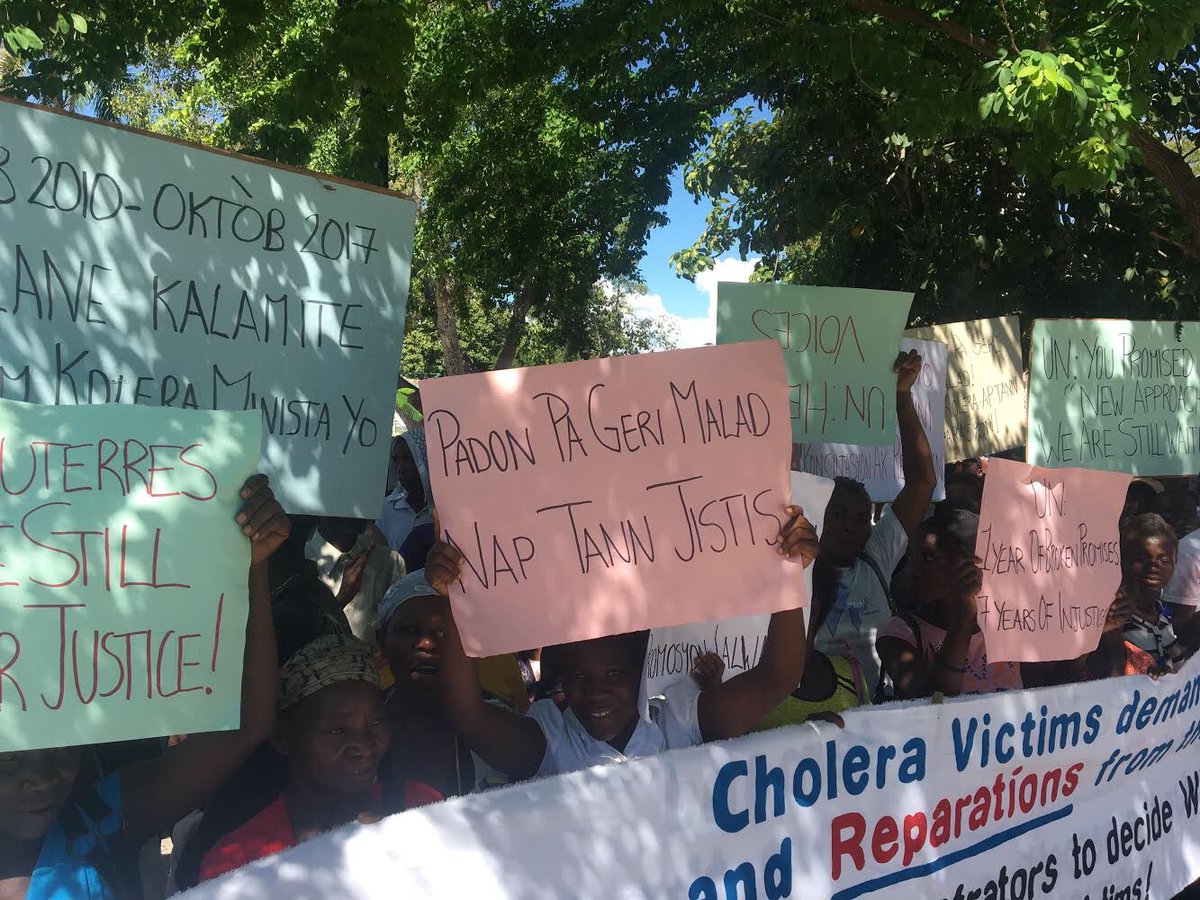