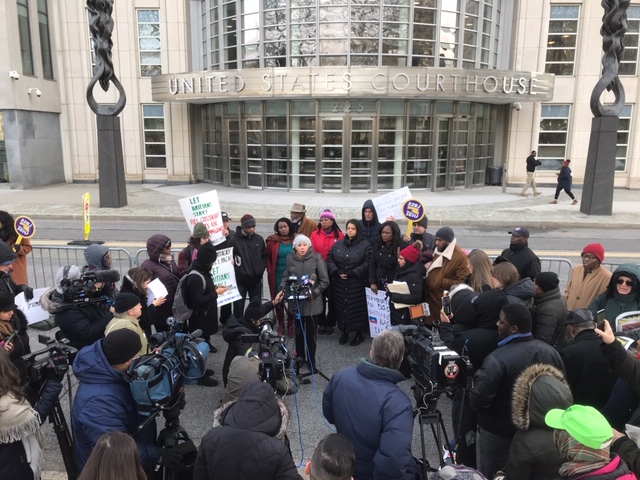 DETAILS OF THIS:  Due to TPS-related legal developments in the ongoing Ramos federal court case:
1)  TPS for Haitians will virtually certainly NOT end on July 22, 2019; the government in early March will automatically extend it to approximately January 1, 2020, and quite possibly will do so for another nine months beyond that date, to September, 2020; no one who properly re-registered for TPS needs to pay or do anything at all to benefit from this!
2)  Haitians with TPS who didn’t re-register for it in 2017 or 2018 out of fear, confusion, or another good reason can and should seek to reregister now; the gov’t has agreed to give such applications “presumptive weight” as being filed late for good cause—meaning they should be granted and then entitled to the TPS extensions described above/below!
More Details:
As you know, DHS’s November 2017 decision ending Haiti TPS, with an 18-month grace period set to expire on July 22, 2019, is being challenged in four federal district court suits, including the Ramos litigation in San Francisco. On October 3, 2018, Judge Chen in Ramos issued a preliminary injunction (“PI”) in the plaintiffs’ favor, blocking as unconstitutional, while the injunction remains in effect, implementation of DHS’s TPS termination decisions for Haiti, El Salvador, Sudan, and Nicaragua.
The U.S. government (“USG”) has appealed Judge Chen’s order to the Ninth Circuit Court of Appeals but has agreed, while the court’s order is in effect, to certain important measures. These measures are reflected in an October 31 Federal Register Notice (“FRN”) (“Continuation of Documentation for Beneficiaries of Temporary Protected Status Designations for Sudan, Nicaragua, Haiti, and El Salvador”) or in a declaration filed in Ramos by a high-ranking USG official.
These important protective measures include the following: