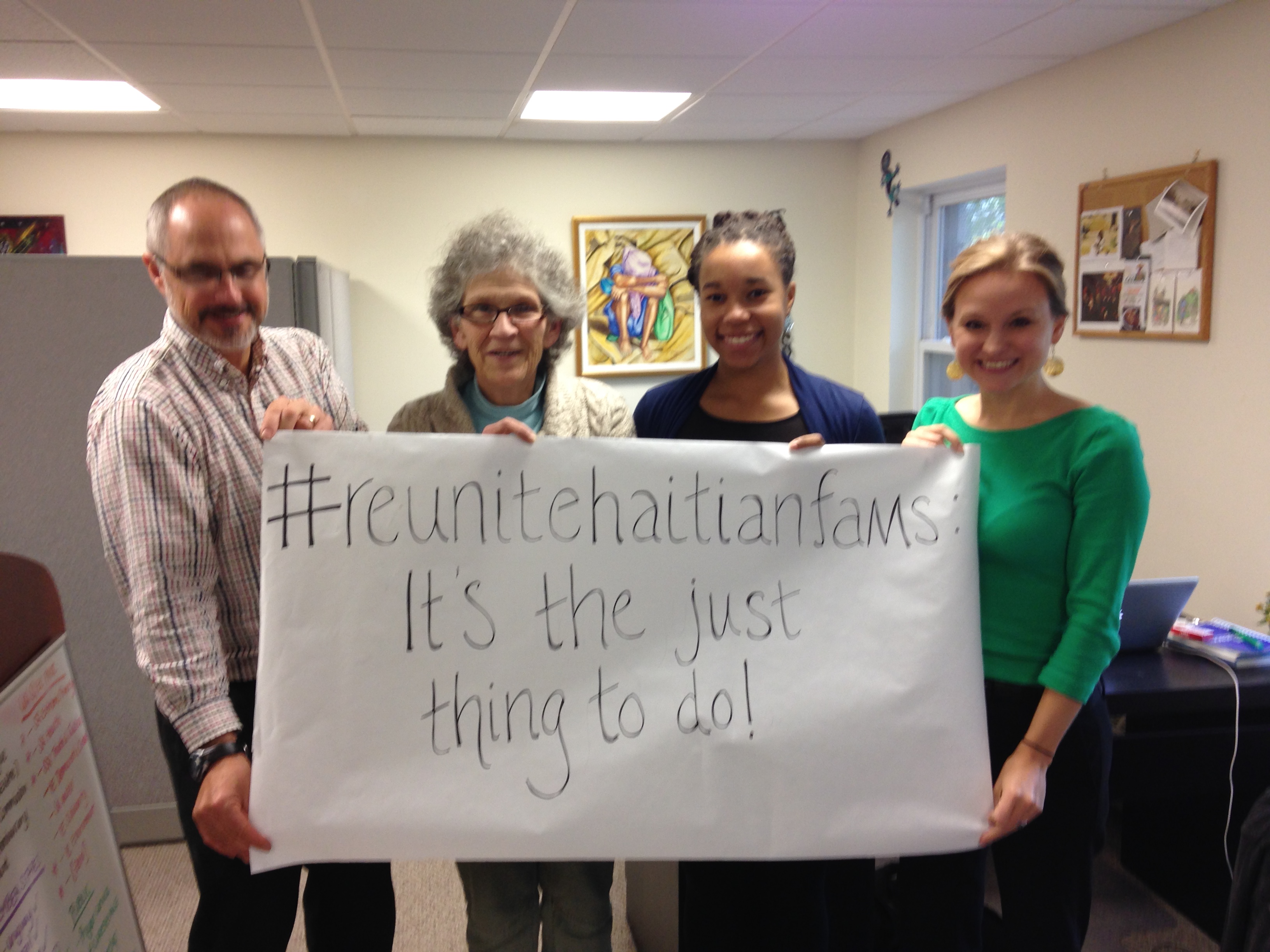 In January 2010, after Haiti’s devastating earthquake, DHS designated Haiti for Temporary Protected Status (which IJDH had long urged), protecting most Haitians from deportation and granting them work permit eligibility. IJDH then began a campaign for creation of a Haitian Family Reunification Parole Program (HFRP), to save lives and help Haiti recover by generating remittances, winning extensive editorial and political support (SCROLL DOWN for links to over 80 items).  Our campaign succeeded on October 17, 2014, when DHS announced it would implement an HFRP in early 2015 to expedite the entry into the U.S. of approved beneficiaries whose visas are within two years of becoming current. As of June 30, 2016, 1,952 beneficiaries had succeeded under HFRP, which began in March 2015 and now covers beneficiaries within three years of getting their visas. We seek to expand HFRP’s coverage to include all DHS-approved beneficiaries in Haiti, many of whom are on wait lists of up to 13 years (not just three), and we closely monitor its implementation to help ensure its maximum effectiveness.

For recent developments, see the items cited on this page.