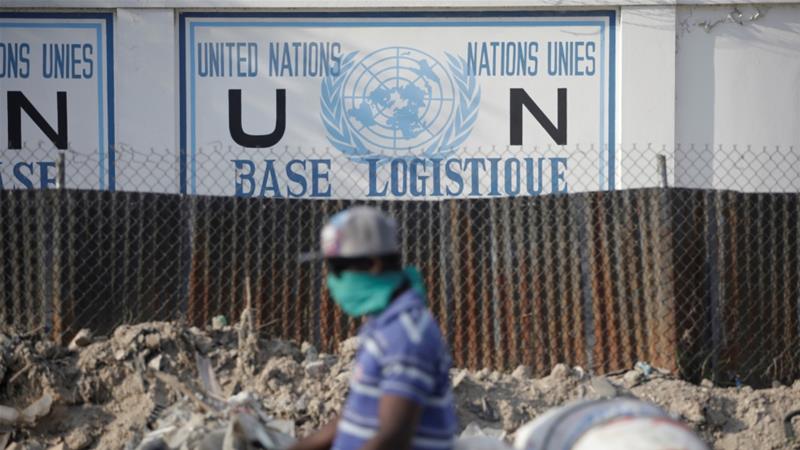 The organisation’s ongoing failure to remedy these harms – not only from cholera, but also peacekeeper sexual abuse and other violence towards civilians – has deeply undermined its legitimacy in Haiti. It also risks crippling the UN’s proposed new 30-member political mission, due to begin tomorrow and charged with promoting political stability and good governance in the context of a growing political stalemate and human rights crisis in Haiti.

In June 2004, for the first time in history, the UN deployed a peacekeeping mission under Chapter VII of the UN Charter – authorising the use of force – without an active conflict or peace agreement to enforce, by declaring the political and humanitarian crisis in Haiti a threat to international peace and security. Since its arrival, following a coup that forced out former President Jean-Bertrand Aristide, the UN Stabilisation Mission in Haiti (MINUSTAH) has been considered by many Haitians to be an affront to sovereignty.

MINUSTAH’s credibility was further eroded by its peacekeepers’ implication in human rights violations. Early in its mission, in a raid targeting criminal gangs, MINUSTAH peacekeepers fired over 22,000 bullets into the thin-walled houses of Haiti’s Cite Soleil neighbourhood, killing more than 20 women and children. Neither MINUSTAH nor the Haitian police investigated the event. Moreover, despite a “zero tolerance” policy, MINUSTAH personnel engaged in widespread sexual exploitation and abuse of women and children, with perpetrators generally returning home without prosecution or accountability. In 2015, Haiti had one of the highest rates of sexual abuse and exploitation of any peacekeeping mission in the world.

Perhaps most damningly, the UN took more than five years to publicly admit a role in Haiti’s devastating cholera epidemic, which has claimed over10,000 lives and infected more than 800,000 people since 2010, despite numerous scientific studies from 2011 onwards establishing that the disease was introduced as a result of reckless disposal of human waste from a MINUSTAH base. By its own admission, this response left “a blemish on the reputation of UN peacekeeping and the organisation worldwide”.

It is no coincidence that MINUSTAH, which cost more than $7bn, and its smaller successor force, the UN Mission for Justice Support in Haiti (MINUJUSTH), which wraps up today, had limited success in promoting the rule of law, and remained a point of controversy in the country throughout their mandates. In Haiti, the UN logo has come to symbolise impunity and abuse. Unsurprisingly many Haitians hold a negative perception of UN peacekeeping.

For the Haitian government, this makes it all too easy to ignore legitimate UN engagement. When, in February 2018, MINUJUSTH publicly supported judicial investigations into Haitian government corruption and excessive use of force by the national police, the foreign ministry reacted by pointing to cholera as evidence of the organisation’s double standards. MINUJUSTH’s head was recalled and the mission remained largely silent on human rights from then on.

For the UN’s new political mission, concretely addressing this legitimacy deficit must be a priority.

As Haiti marks nine years since the beginning of the cholera epidemic this week, the UN continues to deny legal responsibility for the outbreak, and refuses to compensate victims calling for justice. The organisation has raised less than 5 percent of the $400m the UN promised almost three years ago for a new plan intended to eliminate cholera and provide material assistance to those most affected, and in the absence of promised investments in water and sanitation infrastructure, cholera remains an ongoing risk in Haiti.

The UN has likewise ignored advocates’ demands for a transparent investigation into the killings in Cite Soleil, and has made it nearly impossible for victims of sexual exploitation and abuse to obtain even modest support through child support claims, refusing to share key evidence or certify that peacekeepers do not have immunity. A more accountable UN response to each of these issues is both possible and necessary.

The new UN mission will open this week amid a political stalemate that is paralysing Haiti and presents a crossroads for the country’s future. Over the past year, tens of thousands of Haitians have mobilised to call for accountability, structural reform and the resignation of President Jovenel Moise, over his implication in corruption and what the population sees as a failure to manage a deteriorating governance, economic, social and human rights situation.

Currently, Moise is unable to secure parliamentary approval for the formation of a government. Haiti is operating without a national budget, and it is logistically impossible to hold parliamentary elections scheduled for this month. For the UN office – which does not even have a defined work plan, or a special representative to lead it – to operate effectively to promote political stability in these circumstances would be difficult at best. To think that it can do so without taking meaningful steps to repair UN peacekeeping’s damaged legitimacy in Haiti is unrealistic.

To meet its goals, the only future for the UN in Haiti must start with being accountable for its past.