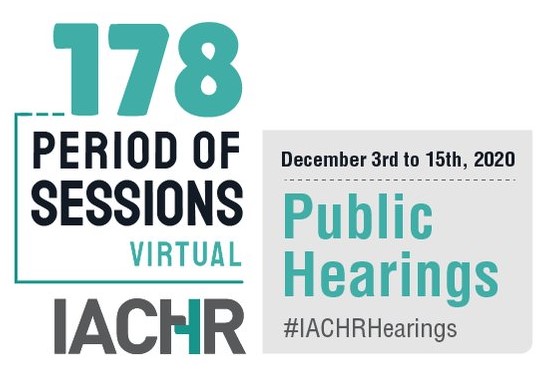 Civil Society and Government of Haiti discuss impunity and lack of judicial independence in Haiti before the Inter-American Commission on Human Rights.
On Human Rights Day, December 10, 2020, BAI and IJDH, along with two experienced Haitian legal practitioners, presented evidence to the Inter-American Commission on Human Rights (IACHR) on the subject of impunity for human rights violations and judicial dysfunction in Haiti. The Commission had called this public hearing in response to the BAI and IJDH’s Request (EN/FR); Haiti’s ambassador to the United States and to the Organization of American States (OAS) likewise participated.
Written Submissions of IJDH and BAI
List of Participants
Report on Proceedings

Video of Proceedings (in original Spanish, French, and English)

Representative for the Government of Haiti

BAI Managing Director Mario Joseph began civil society’s testimony to the Commission. He asserted that the inability of people in Haiti to access justice is a violation of the American Convention on Human Rights (ACHR). To illustrate the serious and pervasive nature of impunity in Haiti, Mr. Joseph described three examples “both flagrant and representative” that would be familiar to the Commission given its prior engagement on Haiti: continuing impunity for the 1994 Raboteau massacre, the La Saline massacre and similar ongoing violence, and Duvalier-era crimes. Mr. Joseph not only described the horrific nature of the underlying atrocities, for which victims are being denied justice, but also drew a through line from the Raboteau massacre to the violence occurring today.

The similarity between the Raboteau and La Saline massacres should be noted: the popular neighborhood of La Saline is also known for its active participation in the struggle against the ruling power. And in addition to the La Saline massacre, there are other massacres perpetrated in Pont-Rouge, Bel-Air, Cité Soleil, Tokyo etc., all neighborhoods that are historically associated with political opinions different from those of the current regime. The La Saline massacre recalls the dark hours of the Duvalierist regime, which executed its political opponents with impunity.

Notably, BAI represents survivors of those massacres in their attempts to access justice. Mr. Joseph described how the judicial system has been unable to provide justice to victims La Saline and other human rights abuses, and that such impunity is omnipresent. He warned, “[e]ach act of impunity invites a repetition.” As the recent IJDH update on human rights in Haiti demonstrates, his warning is being borne out today.

Lionel Constant Bourgoin, former prosecutor and former Director General for Unité de Lutte Contre la Corruption (Haiti’s Anti-Corruption Unit), and Sonel Jean-François, Director of Judicial Inspection for the Conseil Supérieur du Pouvoir Judiciaire, former Director of Unité Centrale de Renseignements Financiers (Central Financial Intelligence Unit), next drew on their first-hand experience with Haiti’s judiciary and executive branch to describe how various forms of power and intimidation are used to corrupt judicial outcomes in Haiti. Mr. Bourgoin outlined how the executive branch in Haiti, especially, politicizes the process for filling judicial vacancies and overtly cultivates a submissive judiciary to ensure impunity for those it favors. “The executive has effectively captured the judiciary, appointing only so-called ‘members of the team,” Mr. Bourgoin emphasized. Mr. Jean-François then described how the justice sector in Haiti has been systematically under-resourced, which, in turn, contributes to the justice system being taken hostage by politicians and those in positions of economic power. “When the judiciary operates on a shoestring budget, it is illusory to imagine it will fulfill its duties.” 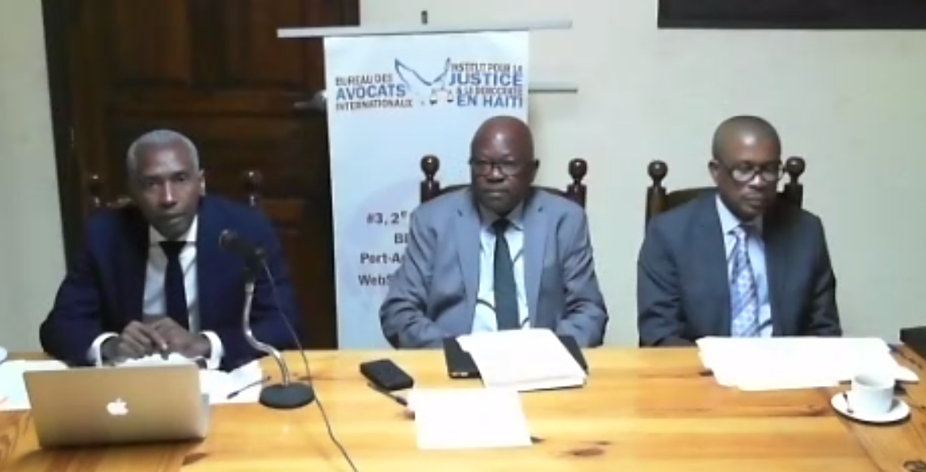 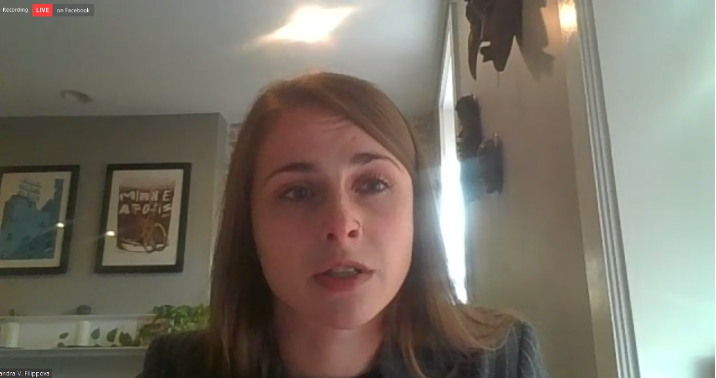 The Government of Haiti was represented by Ambassador Bocchit Edmond, Haiti’s ambassador to the United States and permanent representative to the OAS. After hearing presentations from the civil society delegation, he largely sidestepped key concerns raised by civil society and provided little concrete detail on any specific actions that the government of Haiti could undertake to address matters of impunity and judicial independence raised during the hearing.  He further asserted that the responsibility for addressing challenges in the function of Haiti’s judiciary are a responsibility that equally resides with civil society and defended Haiti’s president’s use of executive decrees to govern.

Representatives of the IACHR complimented the presentation by civil society and emphasized the long-standing nature of the impunity and judicial challenges highlighted in the presentations. Commission President Joel Hernández García said “[a]ccess to an independent judiciary, with a satisfactory process that provides a path to reparations to victims and at minimum the guarantee of non-repetition, is the foundation of a democracy.” He called on the Government of Haiti to exert greater political will and to take concrete steps both to advance reparations for victims of the massacre in La Saline and to “advance towards a more robust justice system for everyone in Haiti.”

IACHR First Vice-President, Commissioner Antonia Urrejola Noguera commented that the civil society presentation had objectively demonstrated that the problem of impunity in Haiti remained unchanged since the Commission’s 2005 findings, included in its report, Haiti: Failed Justice or the Rule of Law? Challenges Ahead for Haiti and the International Community. She and IACHR Second Vice-President, Commissioner Flávia Piovesan, asked specifically whether the Government of Haiti knew what had happened to the survivors of the La Saline Massacre and whether reparations had been provided, emphasizing the need for restoration as a critical element of justice.  The IACHR President reminded the Government of Haiti that the Commission had proposed a technical working group that would include civil society and further emphasized that the Commission stands ready to engage and help advance justice in Haiti.

We [at the IACHR] remember our visits to Haiti earlier this year and civil society organizations can trust that we will do all we can to meet you in your requests to us.

Commissioner Edgar Estuardo Ralón Orellana, the current IACHR Rapporteur on Haiti, was unable to attend the hearing due to health issues.
IJDH Senior Staff Attorney Alexandra Filippova brought to the attention of the Commission the urgency with which the people of Haiti have been asking their government to vindicate their rights to justice and accountability, urging the Commission to watch some of the testimonials recently made by victims of the Raboteau massacre. She further emphasized that the government of Haiti has a responsibility under the ACHR to end impunity and to ensure an independent and functional judiciary, and pointed to the fact that there are concrete steps that the government of Haiti can undertake notwithstanding capacity challenges. These include, for example, ensuring that individuals implicated in human rights violations, like Colonel Jean-Robert Gabriel, who was convicted in absentia for the Raboteau massacre, are not placed into positions of public trust. 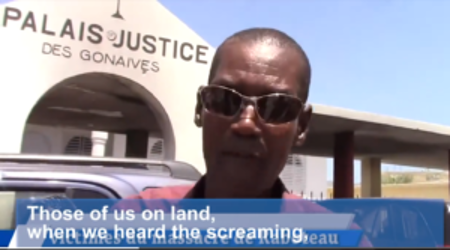 Sit-in at the chief prosecutor’s office in Gonaïves with victims of the Raboteau Massacre, July 28, 2020. VIDEO (Kreyòl with English subtitles)

The questions and concerns raised by both civil society and the Commission went largely unaddressed, as Haiti’s representative excused himself prior to the end of the hearing in order to join another call. A member of his staff he was unable to offer any response or comment.